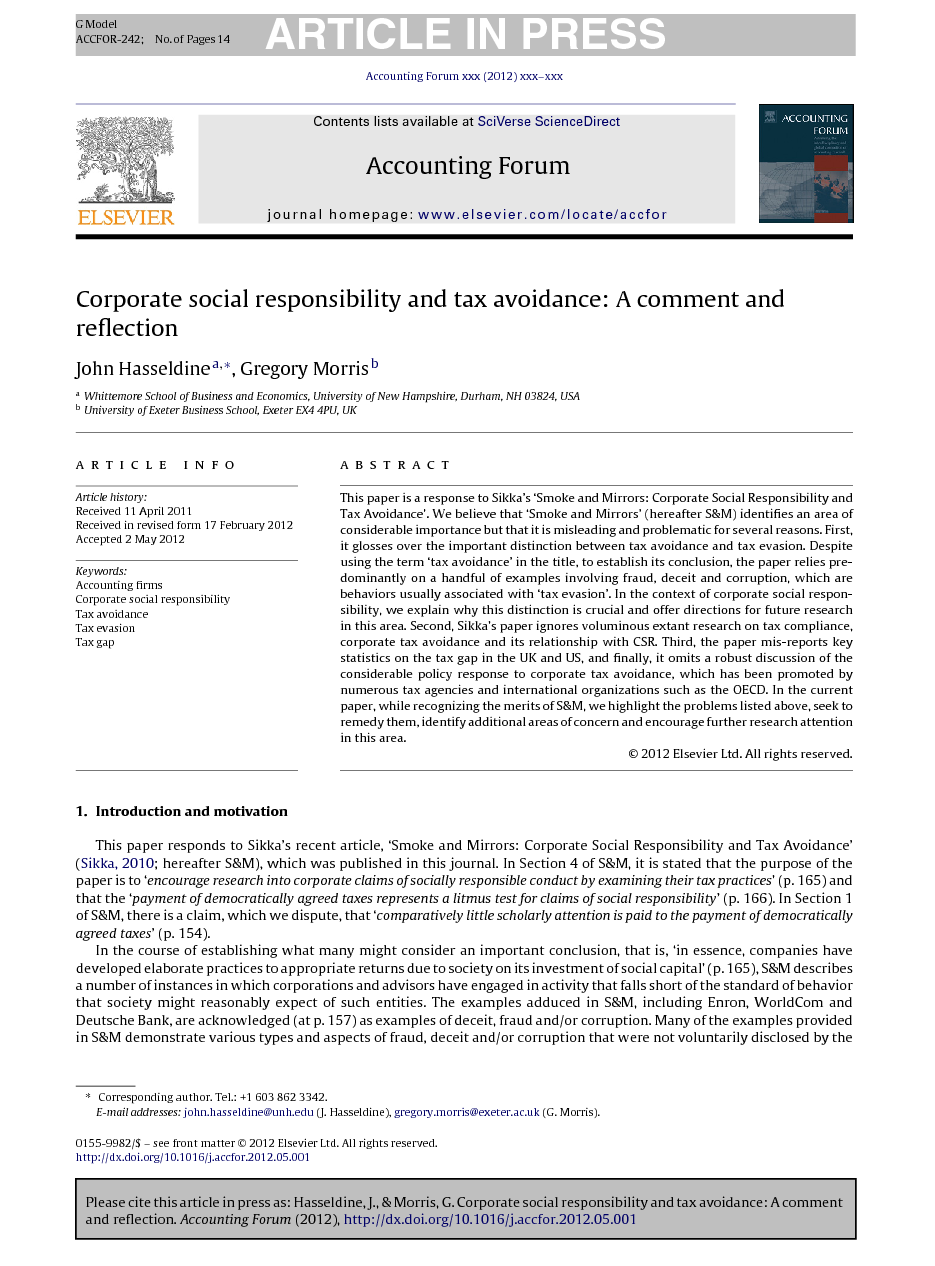 This paper is a response to Sikka's ‘Smoke and Mirrors: Corporate Social Responsibility and Tax Avoidance’. We believe that ‘Smoke and Mirrors’ (hereafter S&M) identifies an area of considerable importance but that it is misleading and problematic for several reasons. First, it glosses over the important distinction between tax avoidance and tax evasion. Despite using the term ‘tax avoidance’ in the title, to establish its conclusion, the paper relies predominantly on a handful of examples involving fraud, deceit and corruption, which are behaviors usually associated with ‘tax evasion’. In the context of corporate social responsibility, we explain why this distinction is crucial and offer directions for future research in this area. Second, Sikka's paper ignores voluminous extant research on tax compliance, corporate tax avoidance and its relationship with CSR. Third, the paper mis-reports key statistics on the tax gap in the UK and US, and finally, it omits a robust discussion of the considerable policy response to corporate tax avoidance, which has been promoted by numerous tax agencies and international organizations such as the OECD. In the current paper, while recognizing the merits of S&M, we highlight the problems listed above, seek to remedy them, identify additional areas of concern and encourage further research attention in this area.