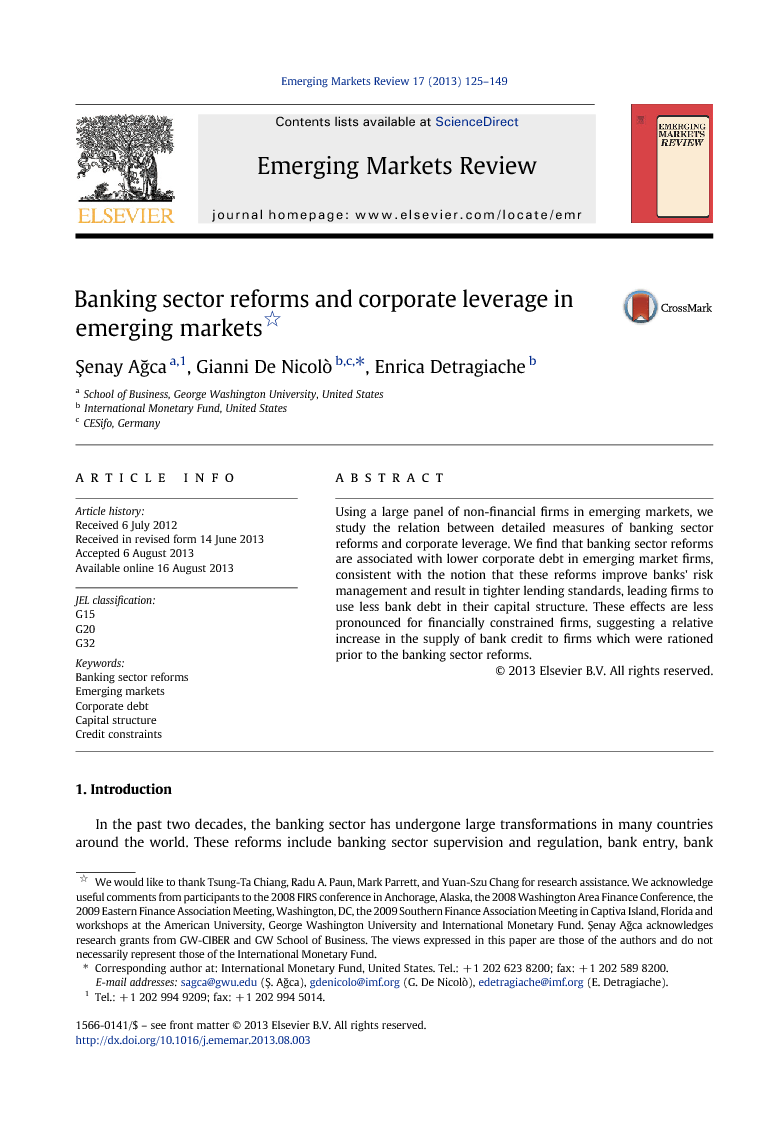 Using a large panel of non-financial firms in emerging markets, we study the relation between detailed measures of banking sector reforms and corporate leverage. We find that banking sector reforms are associated with lower corporate debt in emerging market firms, consistent with the notion that these reforms improve banks' risk management and result in tighter lending standards, leading firms to use less bank debt in their capital structure. These effects are less pronounced for financially constrained firms, suggesting a relative increase in the supply of bank credit to firms which were rationed prior to the banking sector reforms.

In the last two decades, there have been a number of banking sector reforms in emerging markets along several dimensions: competition and new entry (including foreign banks) have been encouraged, measures to improve bank supervision and regulation have been undertaken, mandates on credit allocation reduced or lifted, many state-owned banks have been privatized, and controls on interest rates have been removed. In this paper, we examine how these banking sector reforms relate to corporate leverage in emerging markets, using a large cross-country panel of data and novel, time-varying measures of banking reforms. We find that corporations carry less (bank) debt in their capital structure following banking sector reforms, specifically reforms that improve banking supervision, credit allocation, and eliminate restrictions on interest rates. These findings suggest that these reforms advance banks' risk management and result in tightened lending standards, which in turn increase cost of bank funding or reduce its availability. As a result, firms on the average reduce debt in corporate capital structure. Importantly, however, we find that the negative relation of reforms with corporate leverage is significantly less pronounced for financially constrained firms, suggesting an improvement in credit allocation across firms, which benefits corporations that have more difficulty in raising capital.