ترجمه کلمات کلیدی
کنترل سرمایه - درآمدهای حاصل از سرکوب مالی - مدیریت سرمایه
کلمات کلیدی انگلیسی
Capital controls, Revenues from financial repression, Capital inflows management,
ترجمه چکیده
This paper documents a steep decline in revenues from external repression in EMEs during the 2000's compared to the earlier decades. Further, our results indicate that most of the significant associations of outflows liberalizations in the 2000's were with concerns related to net capital inflows. EMEs facing high volatility in net capital inflows and higher balance sheet exposures liberalized less. Countries eased more in response to higher appreciation pressure in the exchange market, stock market appreciation and higher real exchange rate volatility. Unlike the 1980's, we find very limited importance of fiscal variables in explaining liberalization of capital outflow controls – only in the sample of relatively closed and non-inflation targeting countries, do we see a negative association of greater repression revenues with easing of outflows. The remarkable decline in the fiscal reliance on external repression is good news given that it was accompanied by the deeper tax collection from broader base. However, it begs the question of the future of financial repression. History suggests that one should be cautious in extrapolating from recent trends. The growth acceleration of China and India, and the illusive great moderation prior to the global crisis of 2008–09 probably contributed to the declining reliance on repression revenues. Yet, a reversal of favorable trends frequently changes attitudes toward financial repression (Reinhart et al., 2011). History also suggests that EMEs may rely on financial repression as a contingent tax in the wake of realized bad tail events (as evidenced by the experience of Argentina in the early 2000s).
دانلود رایگان 2 صفحه اول مقاله لاتین (PDF)
پیش نمایش مقاله 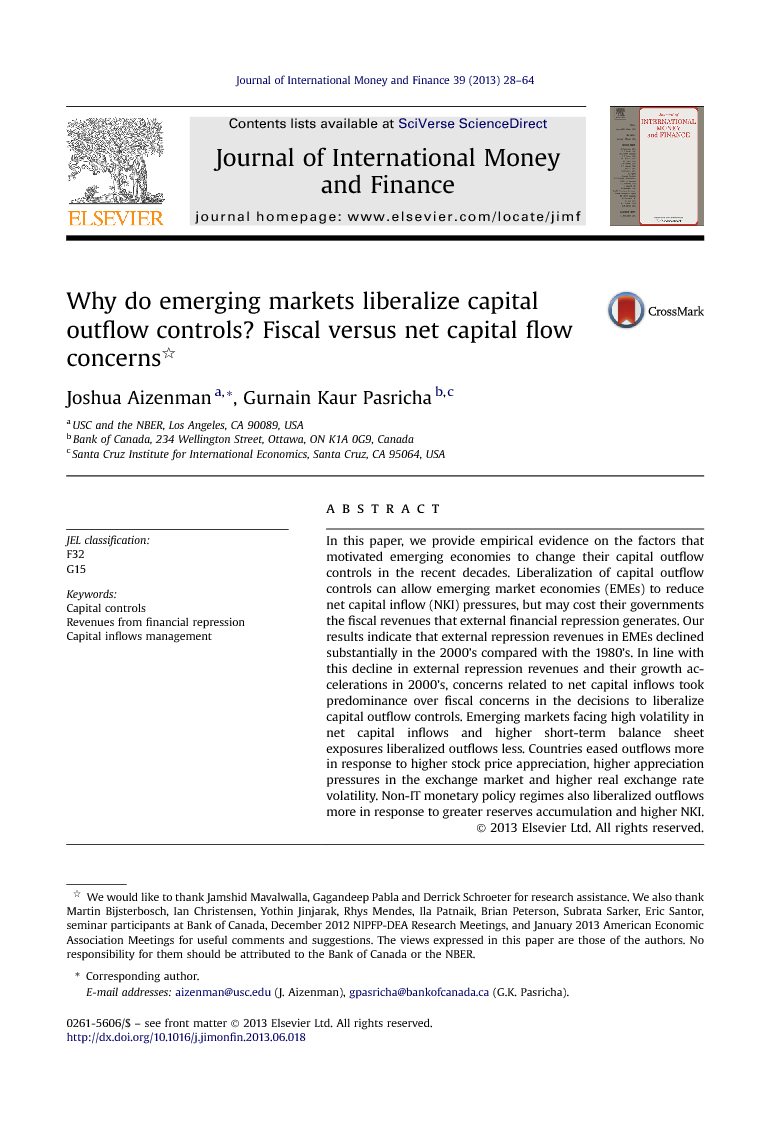