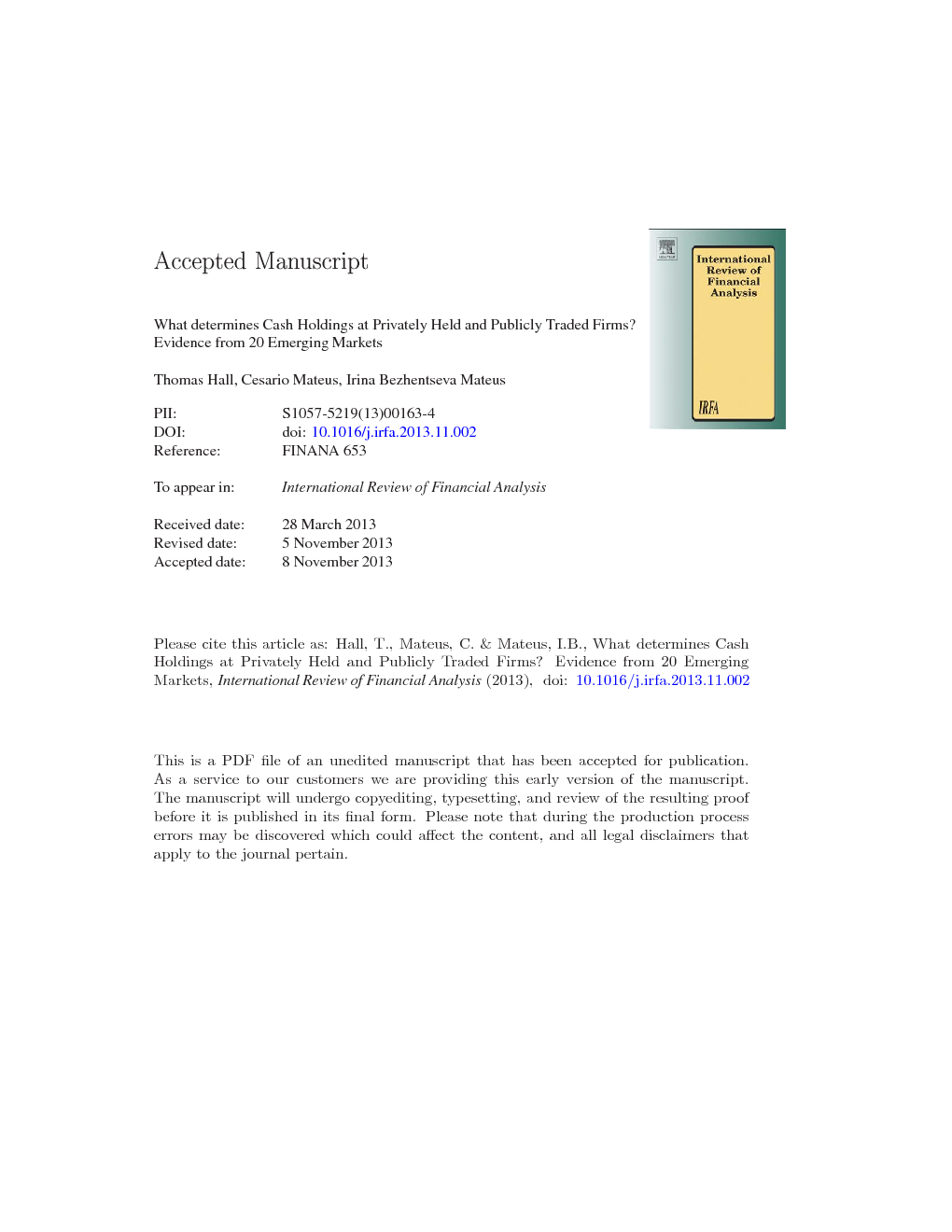 We provide one of the first large sample study to examine how firm-level characteristics and national-level institutions affect cash balances in privately held and publicly traded firms and investigate whether the determinants of cash holdings for both types of firms are similar. Using panel analysis for data we analyse a sample of 9,453 private versus 7,319 public firms and 104,571 firm-year observations from Central and Eastern Europe over the period 2001–2010. We first show that privately held firms tend to hold more cash than publicly traded firms. Second, firms in more market-oriented countries, according to transition indicators, have larger cash reserves. Third, the same determinants of cash balances are relevant for both privately held and publicly traded firms regardless the stage in the transition to capitalism systems.