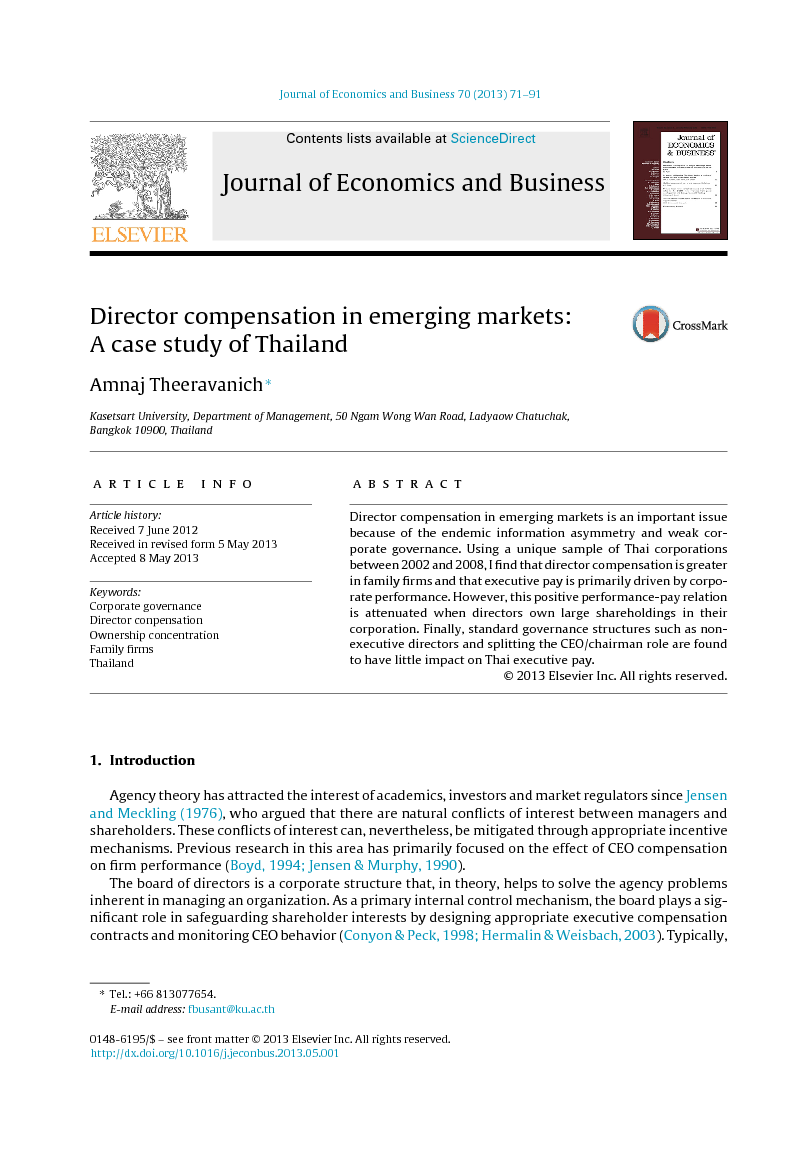 Director compensation in emerging markets is an important issue because of the endemic information asymmetry and weak corporate governance. Using a unique sample of Thai corporations between 2002 and 2008, I find that director compensation is greater in family firms and that executive pay is primarily driven by corporate performance. However, this positive performance-pay relation is attenuated when directors own large shareholdings in their corporation. Finally, standard governance structures such as non-executive directors and splitting the CEO/chairman role are found to have little impact on Thai executive pay.