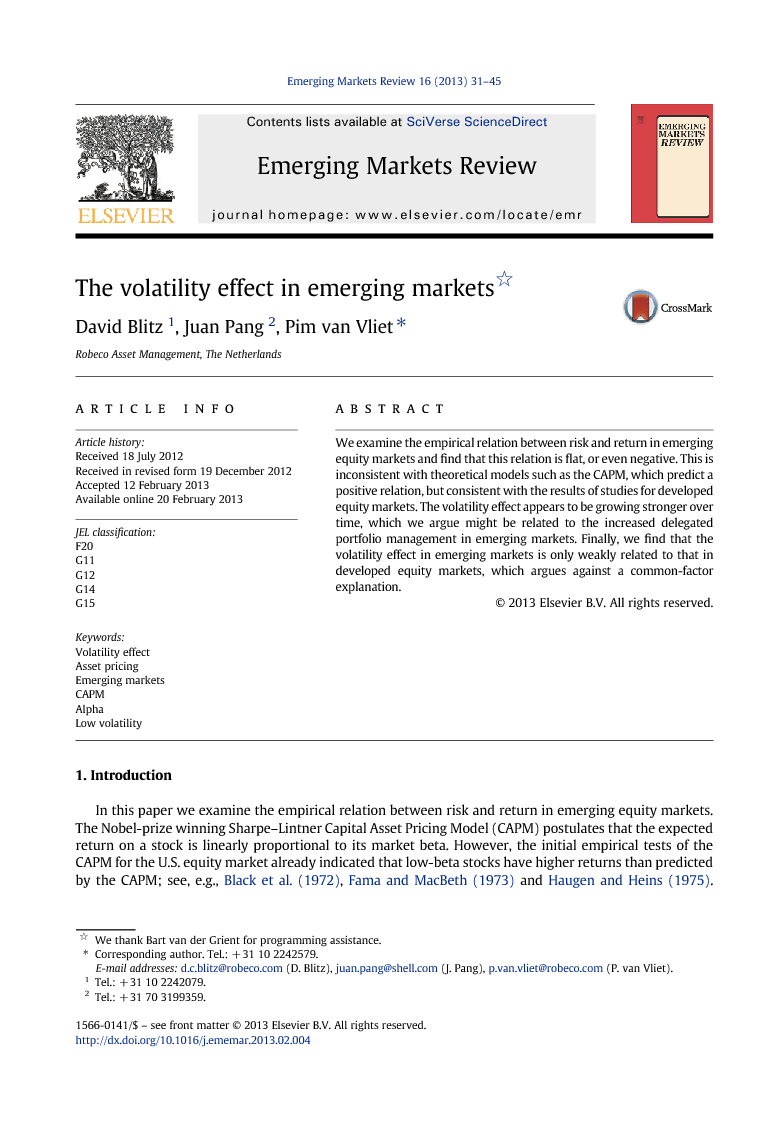 We examine the empirical relation between risk and return in emerging equity markets and find that this relation is flat, or even negative. This is inconsistent with theoretical models such as the CAPM, which predict a positive relation, but consistent with the results of studies for developed equity markets. The volatility effect appears to be growing stronger over time, which we argue might be related to the increased delegated portfolio management in emerging markets. Finally, we find that the volatility effect in emerging markets is only weakly related to that in developed equity markets, which argues against a common-factor explanation.