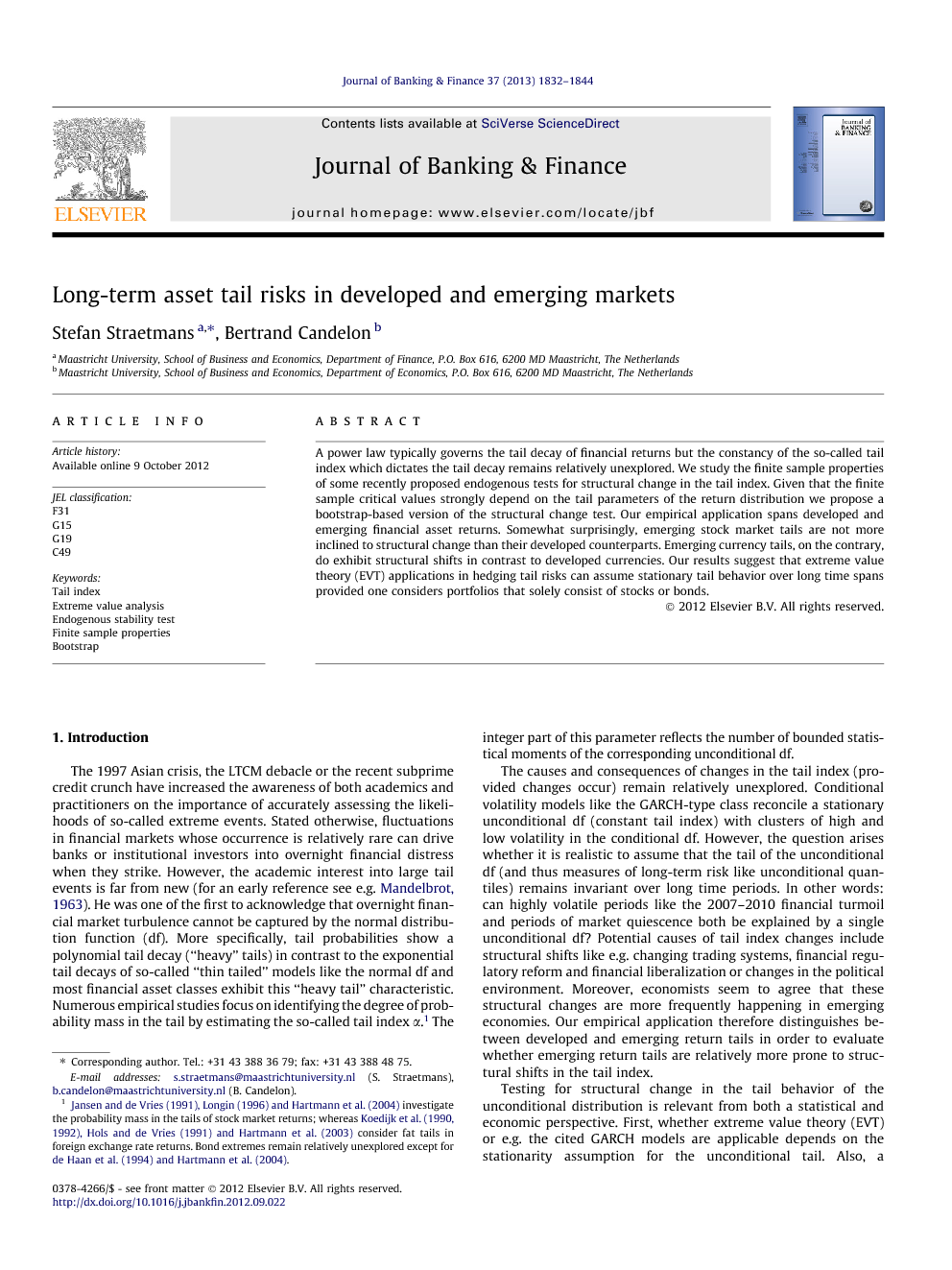 A power law typically governs the tail decay of financial returns but the constancy of the so-called tail index which dictates the tail decay remains relatively unexplored. We study the finite sample properties of some recently proposed endogenous tests for structural change in the tail index. Given that the finite sample critical values strongly depend on the tail parameters of the return distribution we propose a bootstrap-based version of the structural change test. Our empirical application spans developed and emerging financial asset returns. Somewhat surprisingly, emerging stock market tails are not more inclined to structural change than their developed counterparts. Emerging currency tails, on the contrary, do exhibit structural shifts in contrast to developed currencies. Our results suggest that extreme value theory (EVT) applications in hedging tail risks can assume stationary tail behavior over long time spans provided one considers portfolios that solely consist of stocks or bonds.

This paper provides a thorough study of the finite sample behavior of some popular tests for detecting time variation in the tail index of financial returns. The tests are “endogenous” in the sense that they produce an estimate of the breakpoint location upon detection of a statistically significant break. Our Monte Carlo experiment determines critical values, size-corrected power and the ability to date breaks for a myriad of Data Generating Processes (DGP’s). The tests all use the Hill estimator for the tail index as an input. Conform to the bulk of the empirical literature, we select the number of upper order extremes by minimizing the sample Mean Squared Error of the Hill statistic. We choose the DGP’s such as to mimic some popular empirical stylized facts of financial data. The finite sample critical values, the (size-corrected) power and the ability to date breaks differ a lot across different distributional models and sample sizes. Nonsurprisingly, our simulation experiments show that critical values increase and the power and break date ability decrease when the bias in the Hill estimator becomes more severe. As there are no satisfactory bias reduction methods available for the finite sample critical values, we propose a bootstrap-based procedure for the critical values of the stability test when working with real-life data. We implement a recursive version of the stability test in the empirical application as this version outperforms its rolling and sequential counterparts in a simulation environment. Upon applying the stability test to a large set of asset classes, both in developed as well as emerging markets, we hardly detect any breaks at all, except for emerging currency tails. For those series with breaks in the tail behavior, it is advisable to base tail risk measures like VaR or expected shortfall on the post-break sample.