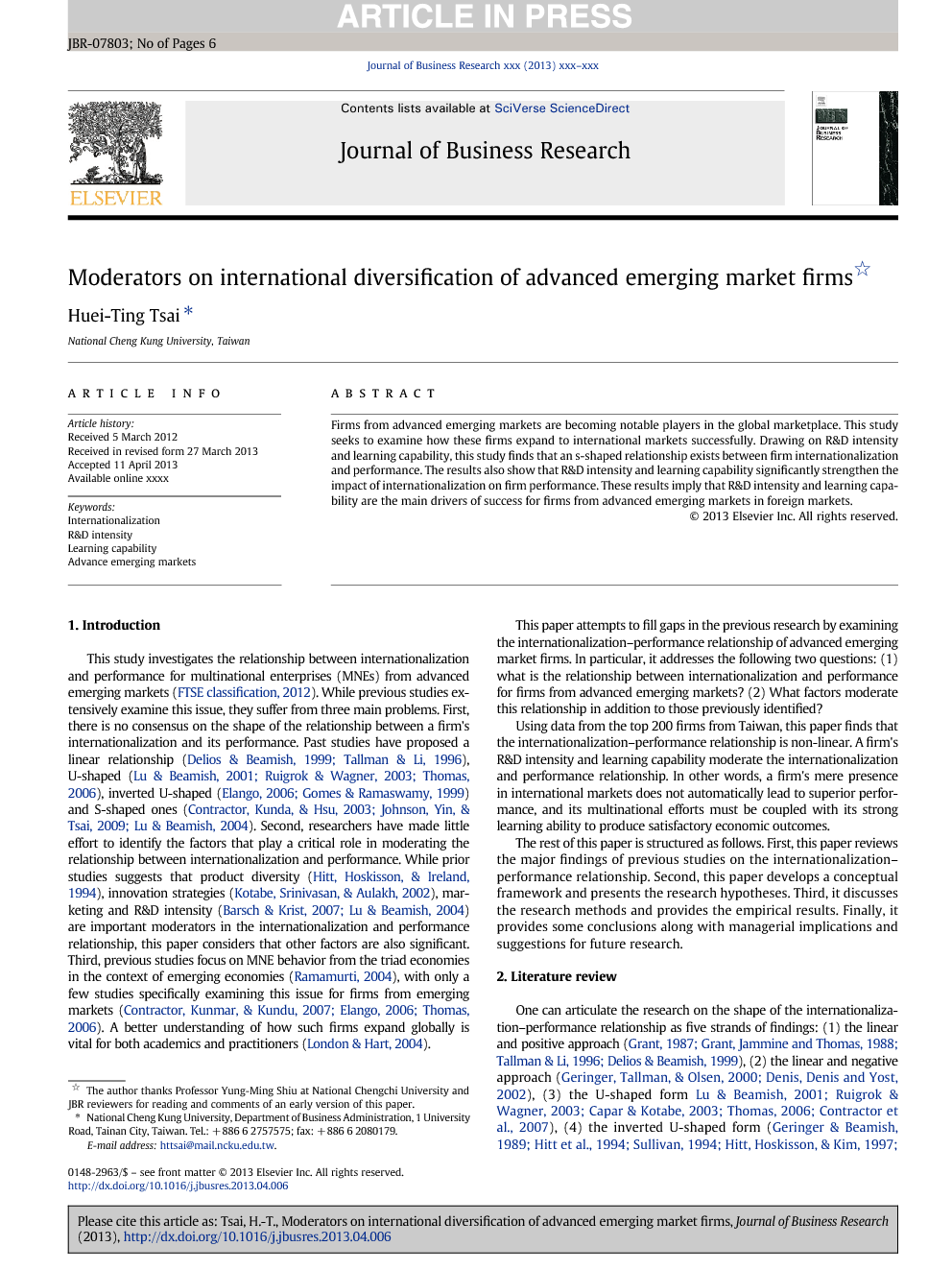 The results of this study illustrate that the relationship between internationalization and performance can be significantly moderated by intangible assets. This highlights the need for managers to consider how a firm's intangible assets leverage its competence and performance in the process of geographic expansion. By underscoring the importance of a firm's capabilities to its performance in the process of internationalization, this work advances our understanding of the relationship between internationalization and performance. In particular, while the literature rarely focuses on the role of learning capability in this process, the results of this study indicate that it has a significant impact on how successful a firm is in its efforts to expand to other countries.