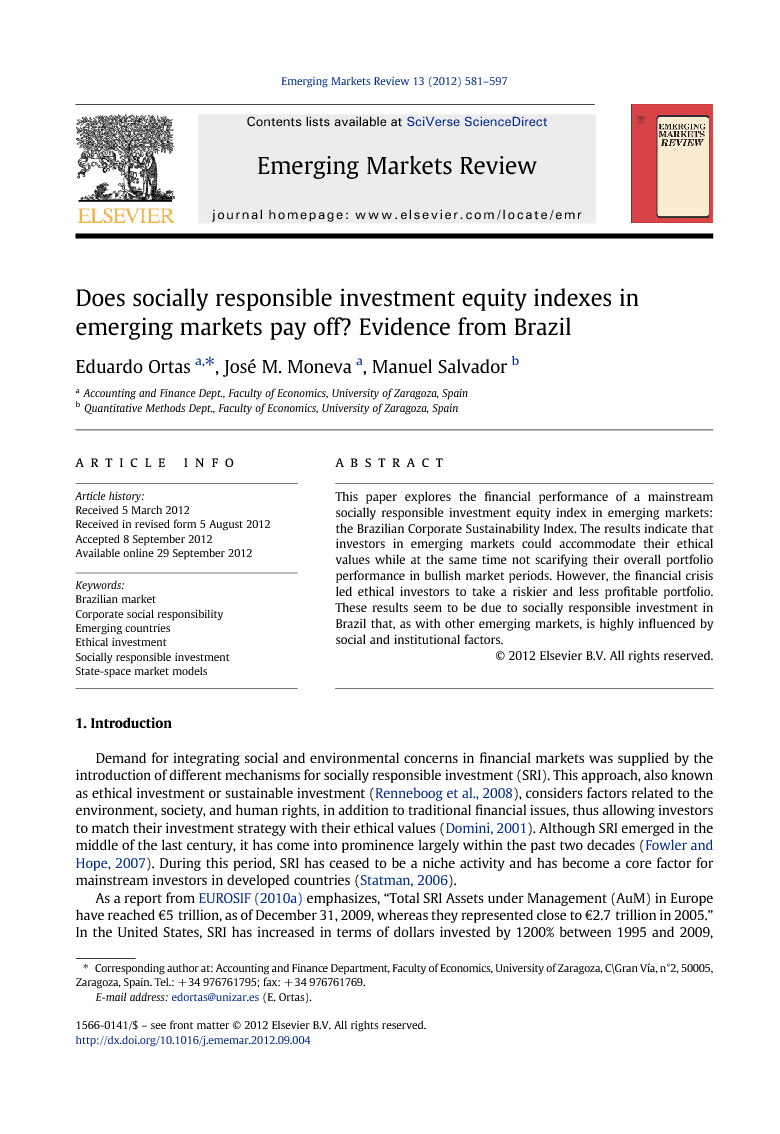 This paper explores the financial performance of a mainstream socially responsible investment equity index in emerging markets: the Brazilian Corporate Sustainability Index. The results indicate that investors in emerging markets could accommodate their ethical values while at the same time not scarifying their overall portfolio performance in bullish market periods. However, the financial crisis led ethical investors to take a riskier and less profitable portfolio. These results seem to be due to socially responsible investment in Brazil that, as with other emerging markets, is highly influenced by social and institutional factors.