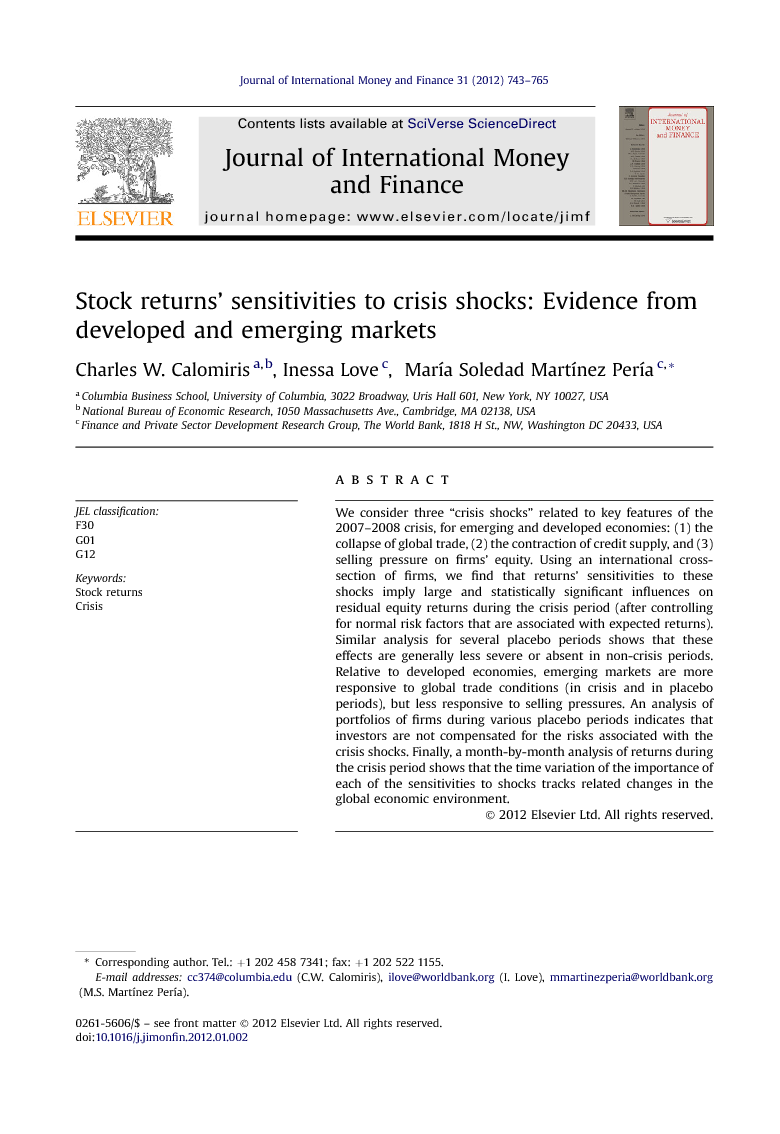 We consider three “crisis shocks” related to key features of the 2007–2008 crisis, for emerging and developed economies: (1) the collapse of global trade, (2) the contraction of credit supply, and (3) selling pressure on firms’ equity. Using an international cross-section of firms, we find that returns’ sensitivities to these shocks imply large and statistically significant influences on residual equity returns during the crisis period (after controlling for normal risk factors that are associated with expected returns). Similar analysis for several placebo periods shows that these effects are generally less severe or absent in non-crisis periods. Relative to developed economies, emerging markets are more responsive to global trade conditions (in crisis and in placebo periods), but less responsive to selling pressures. An analysis of portfolios of firms during various placebo periods indicates that investors are not compensated for the risks associated with the crisis shocks. Finally, a month-by-month analysis of returns during the crisis period shows that the time variation of the importance of each of the sensitivities to shocks tracks related changes in the global economic environment.