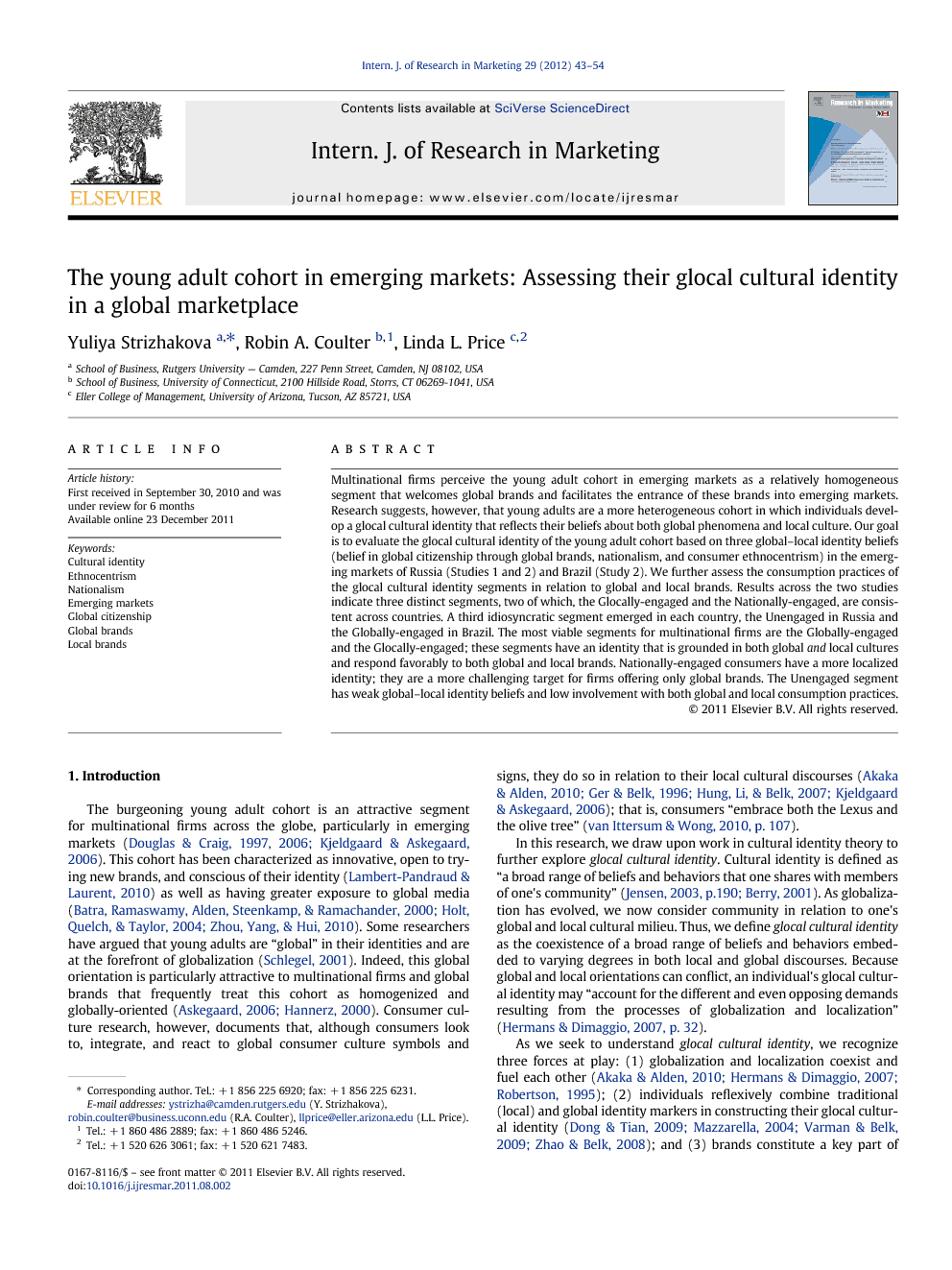 Multinational firms perceive the young adult cohort in emerging markets as a relatively homogeneous segment that welcomes global brands and facilitates the entrance of these brands into emerging markets. Research suggests, however, that young adults are a more heterogeneous cohort in which individuals develop a glocal cultural identity that reflects their beliefs about both global phenomena and local culture. Our goal is to evaluate the glocal cultural identity of the young adult cohort based on three global–local identity beliefs (belief in global citizenship through global brands, nationalism, and consumer ethnocentrism) in the emerging markets of Russia (Studies 1 and 2) and Brazil (Study 2). We further assess the consumption practices of the glocal cultural identity segments in relation to global and local brands. Results across the two studies indicate three distinct segments, two of which, the Glocally-engaged and the Nationally-engaged, are consistent across countries. A third idiosyncratic segment emerged in each country, the Unengaged in Russia and the Globally-engaged in Brazil. The most viable segments for multinational firms are the Globally-engaged and the Glocally-engaged; these segments have an identity that is grounded in both global and local cultures and respond favorably to both global and local brands. Nationally-engaged consumers have a more localized identity; they are a more challenging target for firms offering only global brands. The Unengaged segment has weak global–local identity beliefs and low involvement with both global and local consumption practices.

As emerging nations build their economic power, they are also empowering their national identity in a world filled with global cooperation, global alliances and global media. Nationalistic overtones are frequently mixed with global integration and openness in political and economic dialogues within these emerging markets, impacting the transformation of consumer cultural identity. This domain of research and the examination of these transformations as they relate specifically to glocal cultural identity, as well as variations in meanings of global and national citizenship, will be of growing interest as these emerging countries and their brands take the global stage.