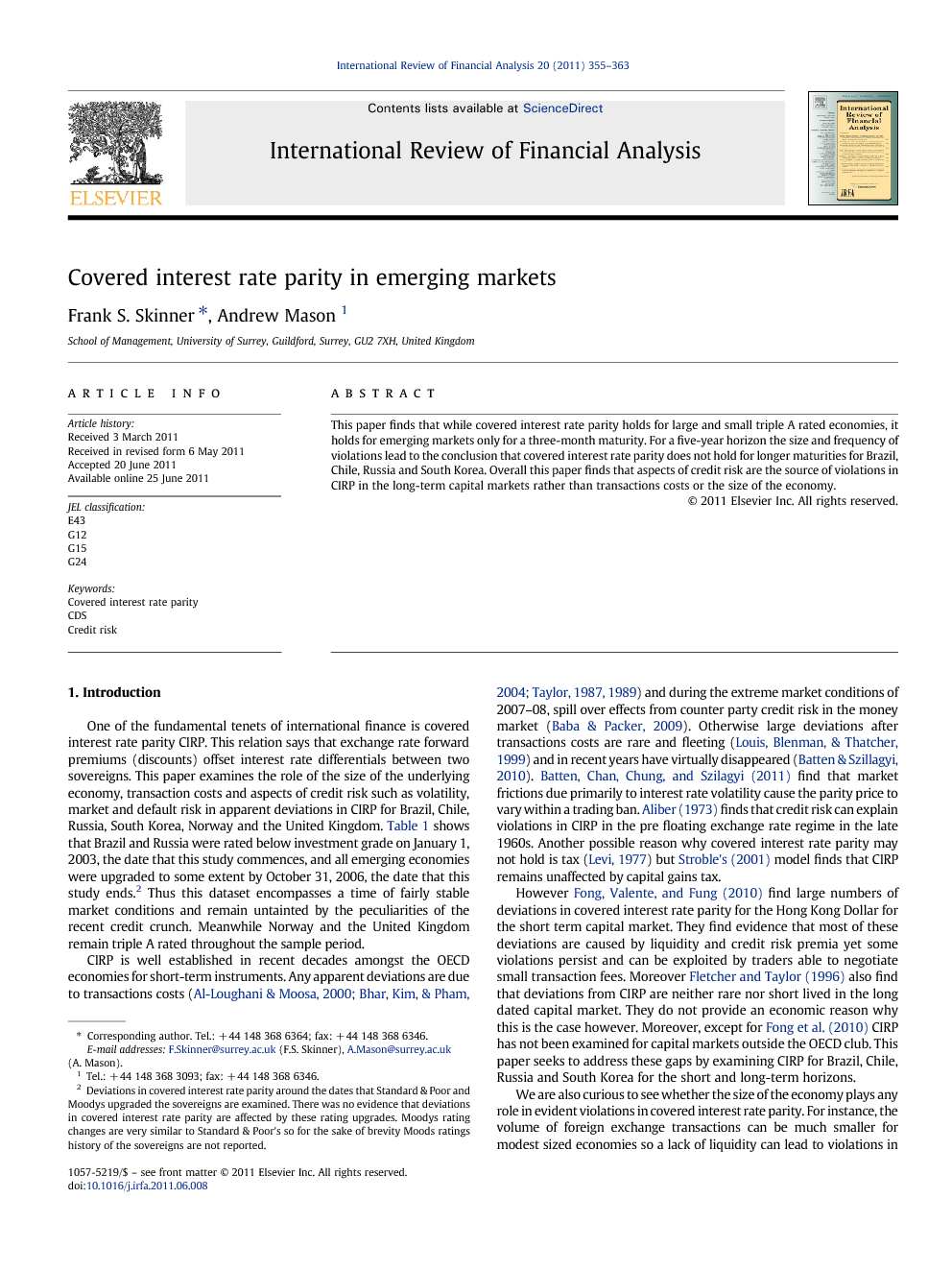 This paper finds that while covered interest rate parity holds for large and small triple A rated economies, it holds for emerging markets only for a three-month maturity. For a five-year horizon the size and frequency of violations lead to the conclusion that covered interest rate parity does not hold for longer maturities for Brazil, Chile, Russia and South Korea. Overall this paper finds that aspects of credit risk are the source of violations in CIRP in the long-term capital markets rather than transactions costs or the size of the economy.