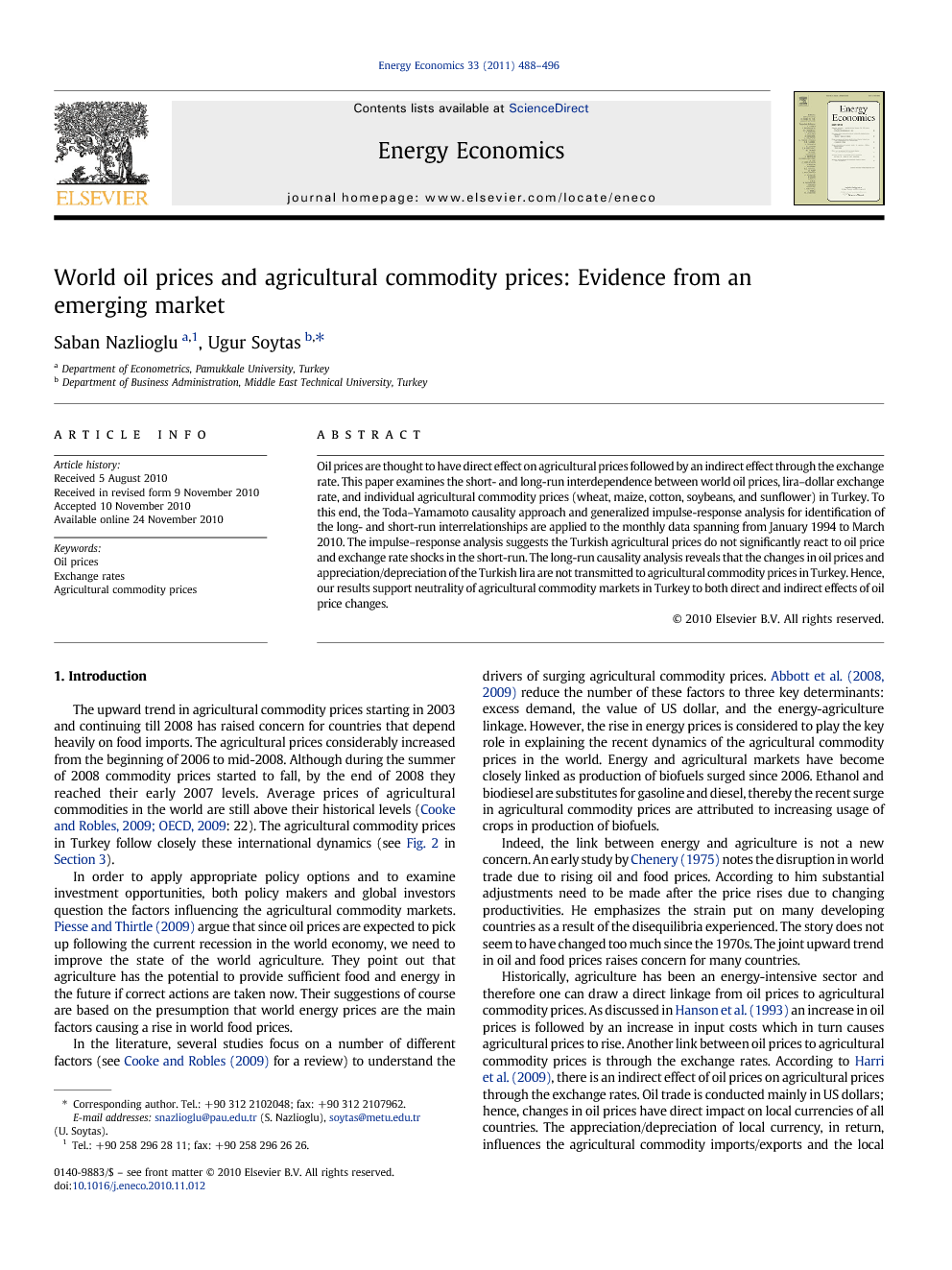 Oil prices are thought to have direct effect on agricultural prices followed by an indirect effect through the exchange rate. This paper examines the short- and long-run interdependence between world oil prices, lira–dollar exchange rate, and individual agricultural commodity prices (wheat, maize, cotton, soybeans, and sunflower) in Turkey. To this end, the Toda–Yamamoto causality approach and generalized impulse-response analysis for identification of the long- and short-run interrelationships are applied to the monthly data spanning from January 1994 to March 2010. The impulse–response analysis suggests the Turkish agricultural prices do not significantly react to oil price and exchange rate shocks in the short-run. The long-run causality analysis reveals that the changes in oil prices and appreciation/depreciation of the Turkish lira are not transmitted to agricultural commodity prices in Turkey. Hence, our results support neutrality of agricultural commodity markets in Turkey to both direct and indirect effects of oil price changes.