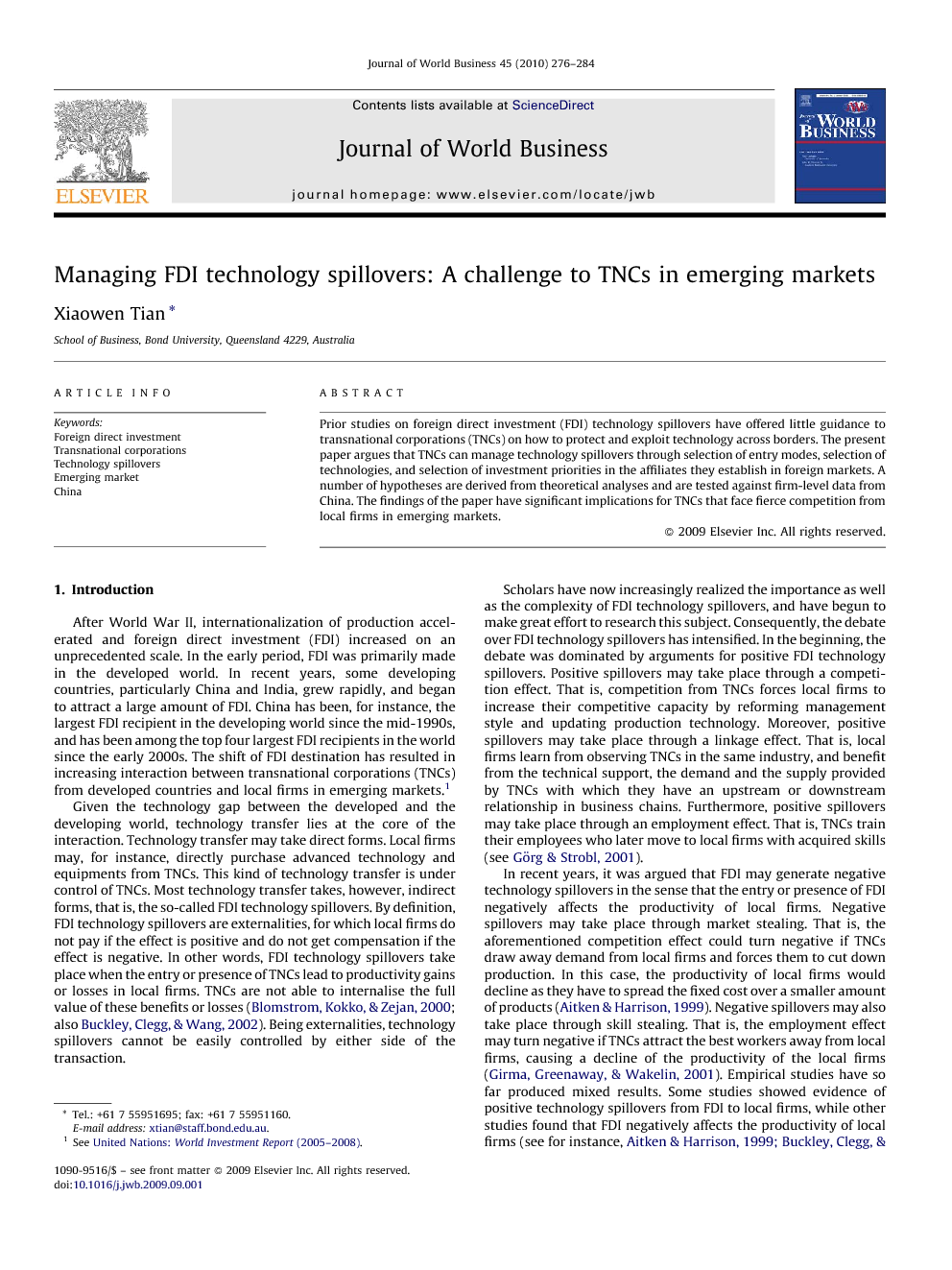 Prior studies on foreign direct investment (FDI) technology spillovers have offered little guidance to transnational corporations (TNCs) on how to protect and exploit technology across borders. The present paper argues that TNCs can manage technology spillovers through selection of entry modes, selection of technologies, and selection of investment priorities in the affiliates they establish in foreign markets. A number of hypotheses are derived from theoretical analyses and are tested against firm-level data from China. The findings of the paper have significant implications for TNCs that face fierce competition from local firms in emerging markets.

In conclusion, the study takes the initiative to discuss how TNCs may deal with the challenge of managing FDI technology spillovers in emerging markets. In order to exploit as well as protect technology, the study argues, TNCs can choose between different entry modes, between different technologies, and between different investment priorities when they enter emerging markets. TNCs may use any of the three approaches or any combination of them in consideration of the particular circumstances they face. There are, however, some limitations in the study that need to be overcome in future research.