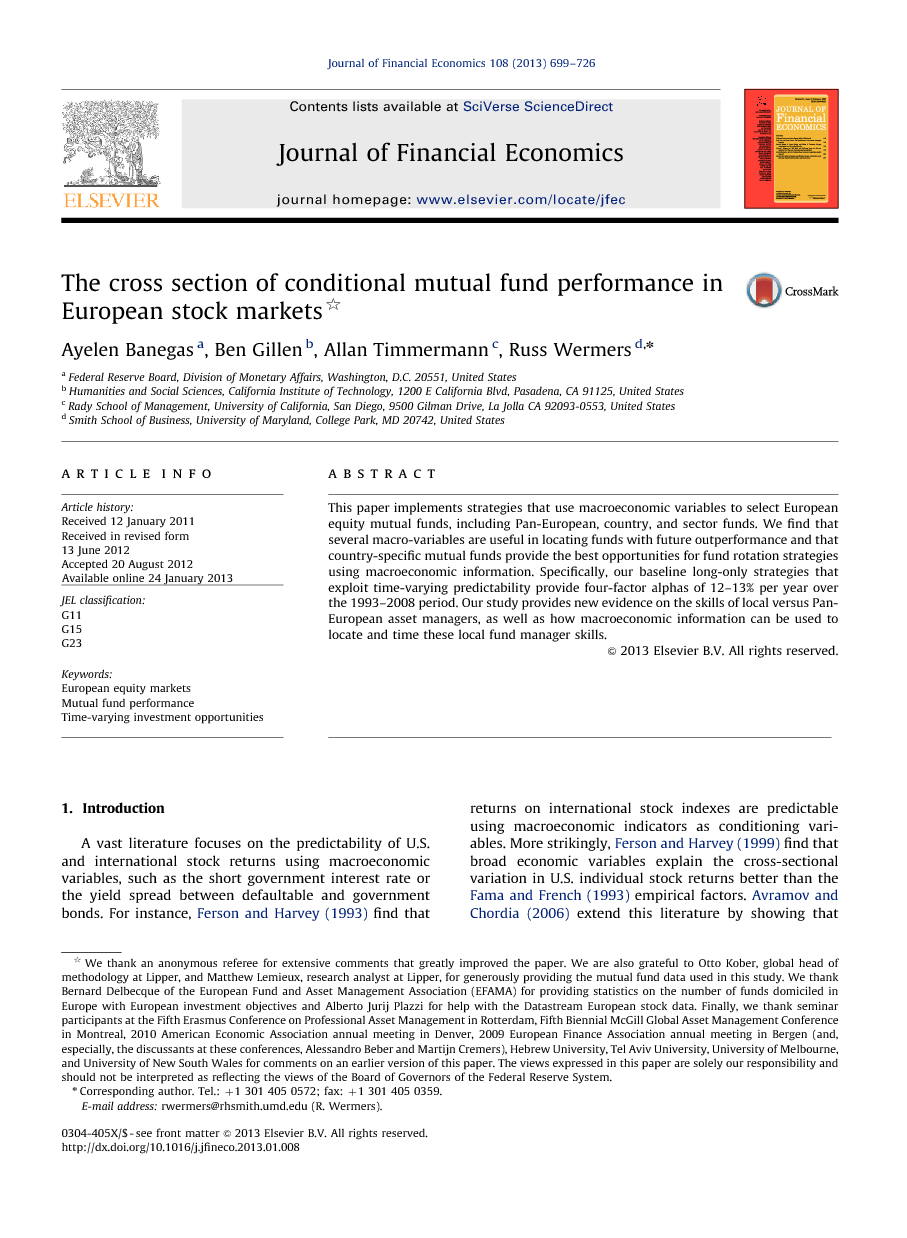 This paper implements strategies that use macroeconomic variables to select European equity mutual funds, including Pan-European, country, and sector funds. We find that several macro-variables are useful in locating funds with future outperformance and that country-specific mutual funds provide the best opportunities for fund rotation strategies using macroeconomic information. Specifically, our baseline long-only strategies that exploit time-varying predictability provide four-factor alphas of 12–13% per year over the 1993–2008 period. Our study provides new evidence on the skills of local versus Pan-European asset managers, as well as how macroeconomic information can be used to locate and time these local fund manager skills.

Despite their significant growth in recent years, the performance of European equity mutual funds is a largely unexplored area of research. This paper shows that macroeconomic state variables can be used to identify a significant alpha component among a large sample of Pan-European, European country, and sector funds. State variables such as the default yield spread, the term spread, the dividend yield, and the short risk-free rate as well as macroeconomic variables tracking growth in industrial production are useful in identifying superior performance among funds. Most of the alpha that these state variables help identify using ex ante information comes from their ability to generate returns from country and sector fund selection, as well as from timing country weights. Thus, time-varying strategies appear to be successful, partly because they better identify country- and sector-specific managers with superior skills at a particular point in the business cycle. This finding suggests that there exists managers with superior country- and sector-specific skills, but that these skills can vary with the state of the economy. We also find that timing passive country funds does not work. The positive contribution from timing country weights achieved by the time-varying strategies, therefore, indicates that using macroeconomic variables helps to identify the countries with the best active managers at a given time rather than from timing country indexes. Again, this finding is interesting in light of the industry concentration of some countries.