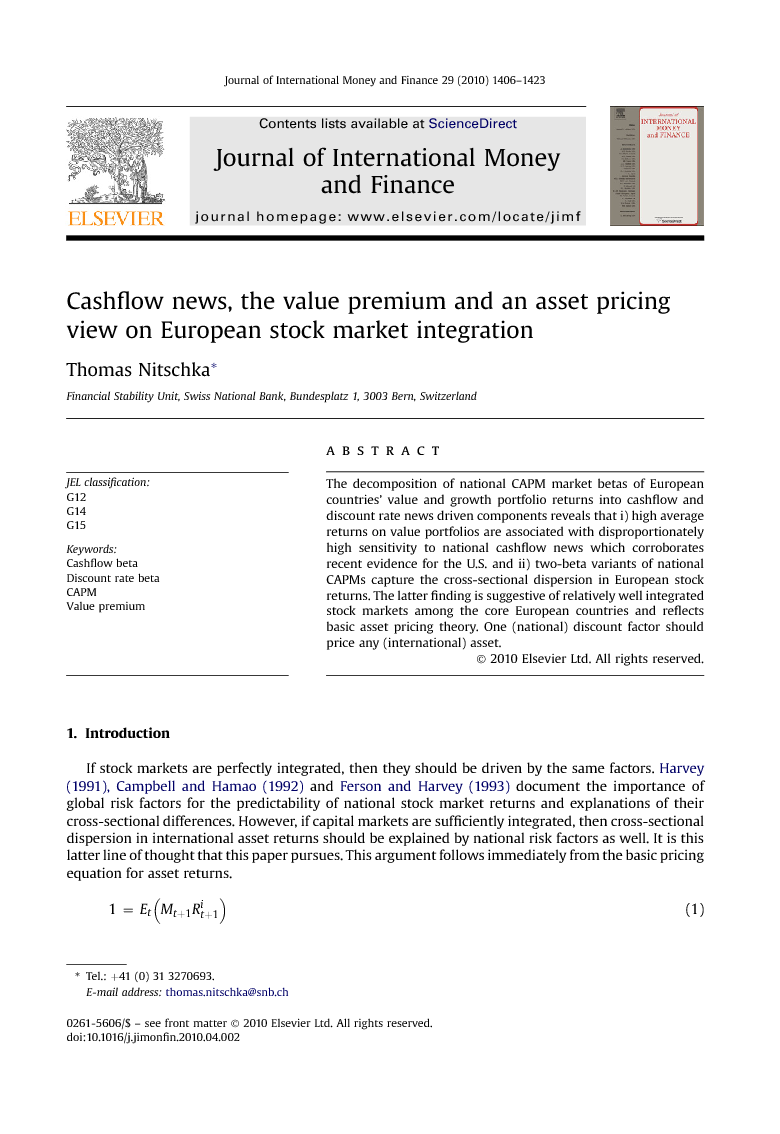 Employing the framework of Campbell (1991) and Campbell and Vuolteenaho (2004), this paper shows that high average returns on European value portfolio returns can be reconciled with the two-beta variant of the Sharpe–Lintner CAPM from a national investor’s perspective. High returns on value stocks are associated with relatively high cashflow betas compared to the respective discount rate betas. With the exception of Spain, this finding is a salient feature of the data irrespective if one takes the stance of a Belgium, French, German, Italian, Dutch or Swiss investor. The main results of this paper thus corroborate Campbell and Vuolteenaho, 2004 and Cohen et al., 2008 and Campbell et al. (2009) who explain differences in returns on U.S. book-to-market ratio sorted stock portfolios with different exposures to the U.S. market’s cashflow news. Since two-beta versions of national CAPMs capture the cross-sectional dispersion in European value and growth stock returns, the findings of this paper could be interpreted as supporting evidence for the implication that a national asset pricing model should explain cross-sectional dispersion in national and foreign asset returns if national capital markets are sufficiently integrated.