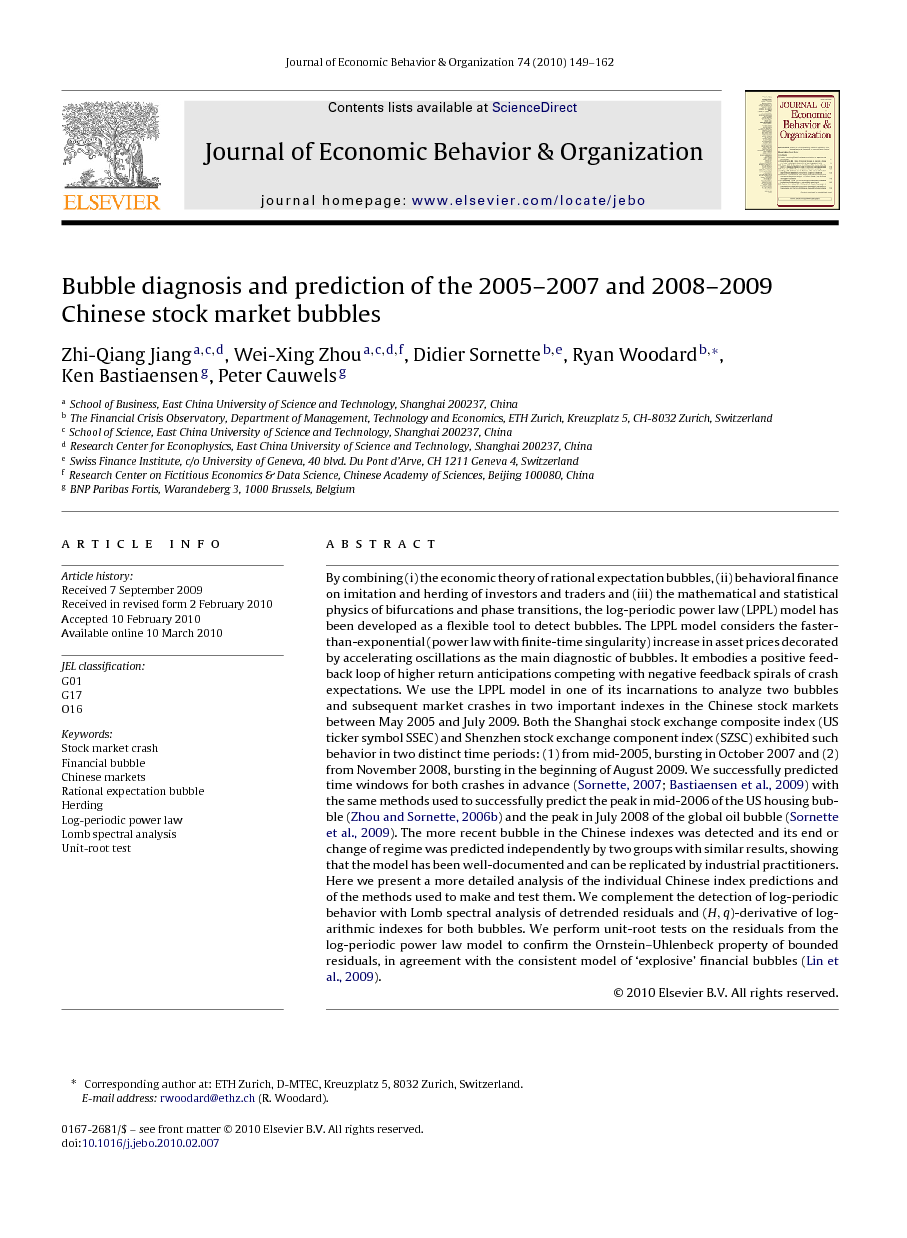 By combining (i) the economic theory of rational expectation bubbles, (ii) behavioral finance on imitation and herding of investors and traders and (iii) the mathematical and statistical physics of bifurcations and phase transitions, the log-periodic power law (LPPL) model has been developed as a flexible tool to detect bubbles. The LPPL model considers the faster-than-exponential (power law with finite-time singularity) increase in asset prices decorated by accelerating oscillations as the main diagnostic of bubbles. It embodies a positive feedback loop of higher return anticipations competing with negative feedback spirals of crash expectations. We use the LPPL model in one of its incarnations to analyze two bubbles and subsequent market crashes in two important indexes in the Chinese stock markets between May 2005 and July 2009. Both the Shanghai stock exchange composite index (US ticker symbol SSEC) and Shenzhen stock exchange component index (SZSC) exhibited such behavior in two distinct time periods: (1) from mid-2005, bursting in October 2007 and (2) from November 2008, bursting in the beginning of August 2009. We successfully predicted time windows for both crashes in advance (Sornette, 2007; Bastiaensen et al., 2009) with the same methods used to successfully predict the peak in mid-2006 of the US housing bubble (Zhou and Sornette, 2006b) and the peak in July 2008 of the global oil bubble (Sornette et al., 2009). The more recent bubble in the Chinese indexes was detected and its end or change of regime was predicted independently by two groups with similar results, showing that the model has been well-documented and can be replicated by industrial practitioners. Here we present a more detailed analysis of the individual Chinese index predictions and of the methods used to make and test them. We complement the detection of log-periodic behavior with Lomb spectral analysis of detrended residuals and (H,q)(H,q)-derivative of logarithmic indexes for both bubbles. We perform unit-root tests on the residuals from the log-periodic power law model to confirm the Ornstein–Uhlenbeck property of bounded residuals, in agreement with the consistent model of ‘explosive’ financial bubbles (Lin et al., 2009).