عنوان انگلیسی
Co-movements of U.S. and Latin American equity markets before and after the 1987 crash
دانلود فوری مقاله + سفارش ترجمه 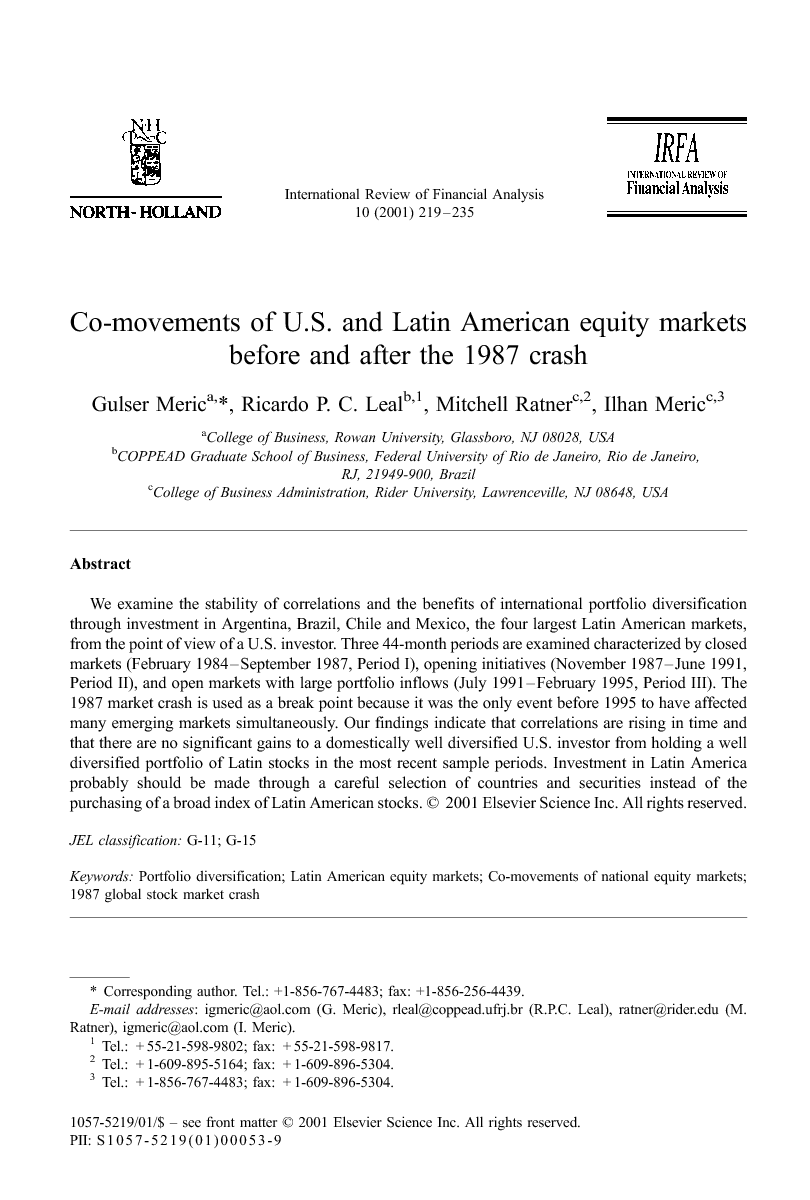 We examine the stability of correlations and the benefits of international portfolio diversification through investment in Argentina, Brazil, Chile and Mexico, the four largest Latin American markets, from the point of view of a U.S. investor. Three 44-month periods are examined characterized by closed markets (February 1984–September 1987, Period I), opening initiatives (November 1987–June 1991, Period II), and open markets with large portfolio inflows (July 1991–February 1995, Period III). The 1987 market crash is used as a break point because it was the only event before 1995 to have affected many emerging markets simultaneously. Our findings indicate that correlations are rising in time and that there are no significant gains to a domestically well diversified U.S. investor from holding a well diversified portfolio of Latin stocks in the most recent sample periods. Investment in Latin America probably should be made through a careful selection of countries and securities instead of the purchasing of a broad index of Latin American stocks.