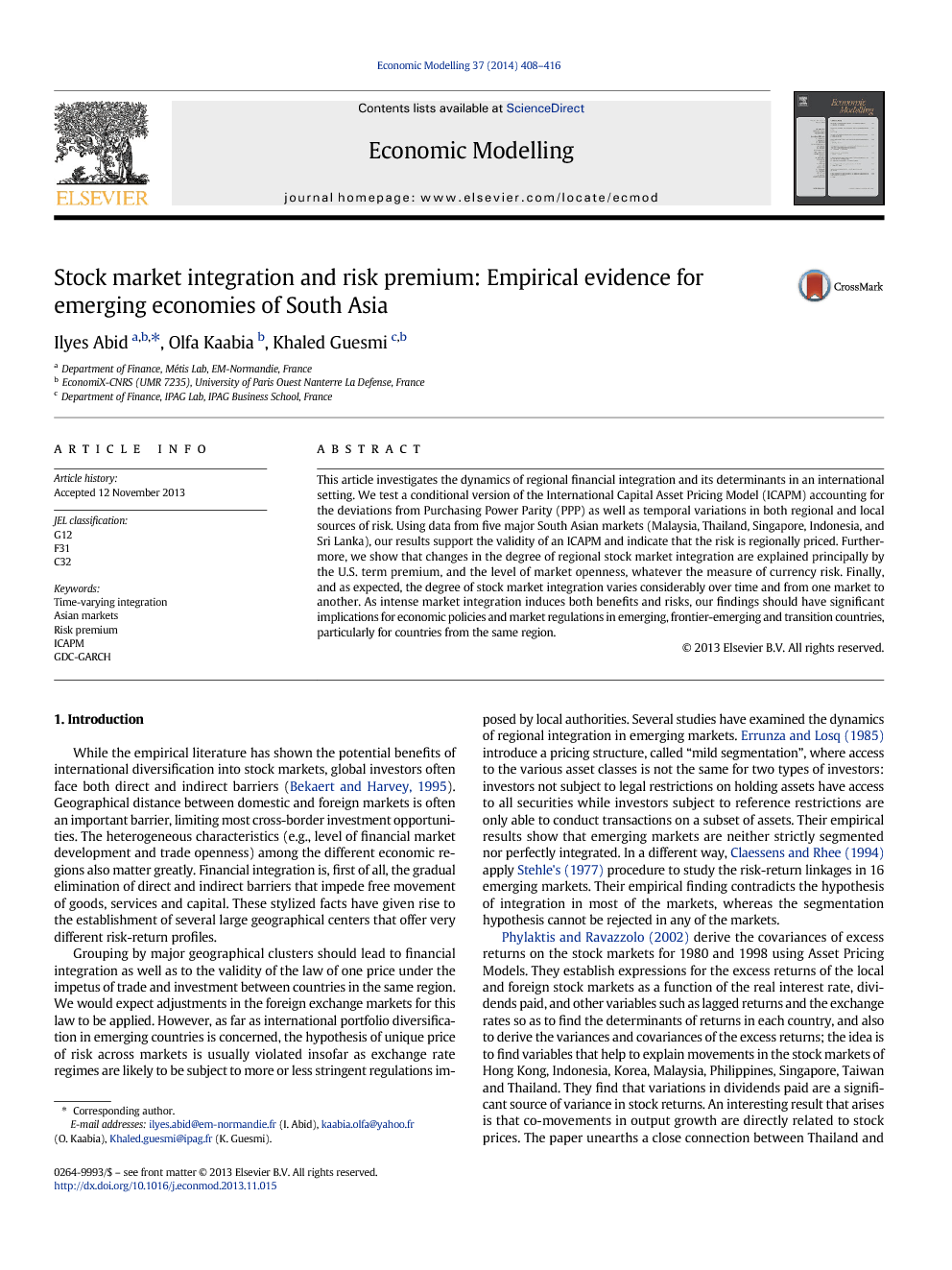 This article investigates the dynamics of regional financial integration and its determinants in an international setting. We test a conditional version of the International Capital Asset Pricing Model (ICAPM) accounting for the deviations from Purchasing Power Parity (PPP) as well as temporal variations in both regional and local sources of risk. Using data from five major South Asian markets (Malaysia, Thailand, Singapore, Indonesia, and Sri Lanka), our results support the validity of an ICAPM and indicate that the risk is regionally priced. Furthermore, we show that changes in the degree of regional stock market integration are explained principally by the U.S. term premium, and the level of market openness, whatever the measure of currency risk. Finally, and as expected, the degree of stock market integration varies considerably over time and from one market to another. As intense market integration induces both benefits and risks, our findings should have significant implications for economic policies and market regulations in emerging, frontier-emerging and transition countries, particularly for countries from the same region.

We developed a conditional ICAPM in the presence of exchange rate risk to identify factors that may influence the degree of financial integration for five major markets in Southeast Europe. The findings are then used to study the dynamics of financial integration. Our empirical analysis is conducted on the basis of a nonlinear framework, which relies on the multivariate GDC-GARCH model. By allowing the prices of risk and the level of market integration to vary through time, we show that the degree of trade openness and variation in the U.S. term premium are the most important determinants of regional financial integration. Moreover, the degree of market integration admits frequent changes over the study period and its dynamic patterns differ greatly across the markets under consideration. The average premium for global risk appears to be only a small fraction of the average of the total premium. These results thus suggest that diversification into emerging market assets continues to produce substantial profits, and that the asset pricing rules should reflect a state of partial integration. Our investigation, which addresses the evolution and formation of total risk premiums, confirms this empirically.