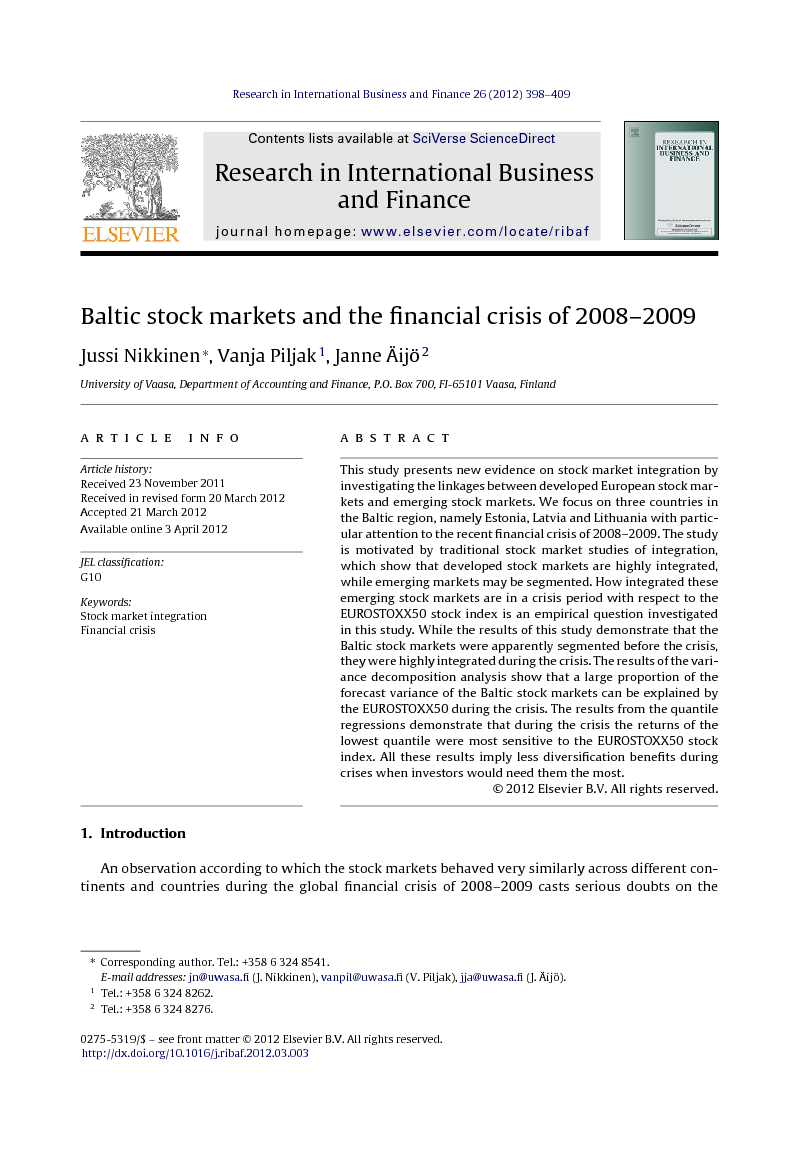 This study presents new evidence on stock market integration by investigating the linkages between developed European stock markets and emerging stock markets. We focus on three countries in the Baltic region, namely Estonia, Latvia and Lithuania with particular attention to the recent financial crisis of 2008–2009. The study is motivated by traditional stock market studies of integration, which show that developed stock markets are highly integrated, while emerging markets may be segmented. How integrated these emerging stock markets are in a crisis period with respect to the EUROSTOXX50 stock index is an empirical question investigated in this study. While the results of this study demonstrate that the Baltic stock markets were apparently segmented before the crisis, they were highly integrated during the crisis. The results of the variance decomposition analysis show that a large proportion of the forecast variance of the Baltic stock markets can be explained by the EUROSTOXX50 during the crisis. The results from the quantile regressions demonstrate that during the crisis the returns of the lowest quantile were most sensitive to the EUROSTOXX50 stock index. All these results imply less diversification benefits during crises when investors would need them the most.