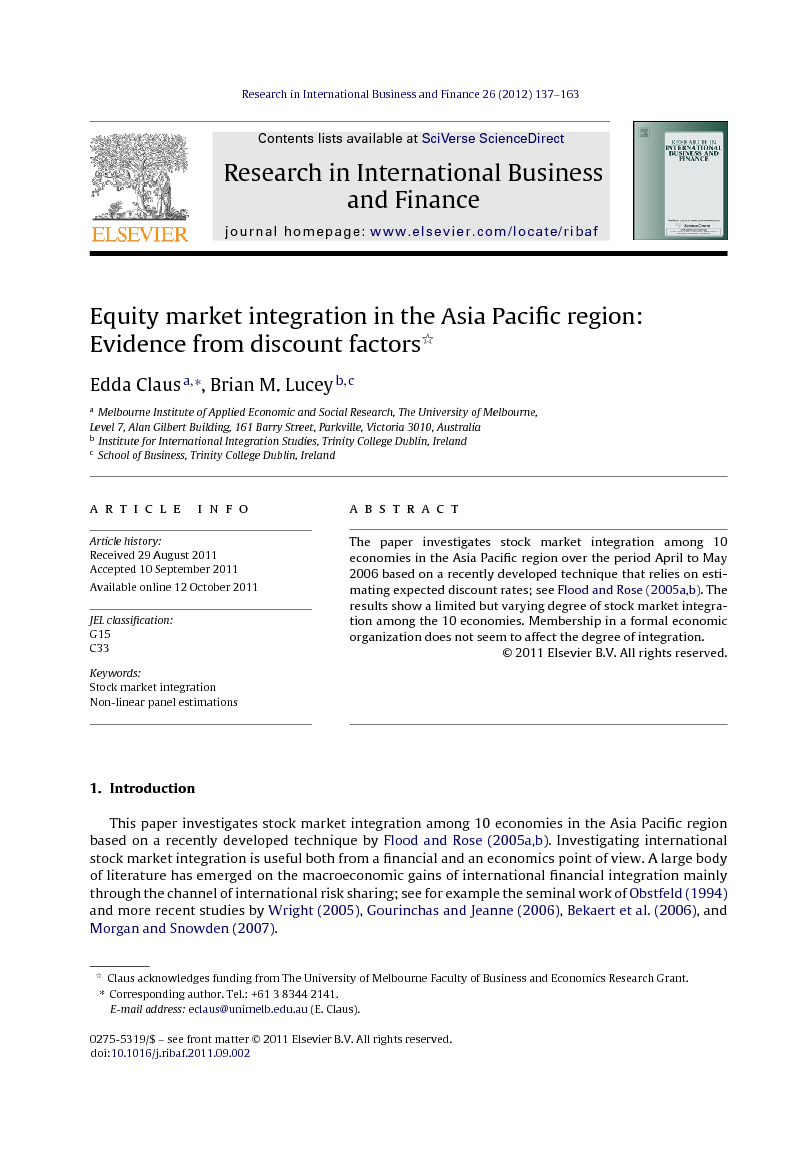 The paper investigates stock market integration among 10 economies in the Asia Pacific region over the period April to May 2006 based on a recently developed technique that relies on estimating expected discount rates; see Flood and Rose, 2005a and Flood and Rose, 2005b. The results show a limited but varying degree of stock market integration among the 10 economies. Membership in a formal economic organization does not seem to affect the degree of integration.