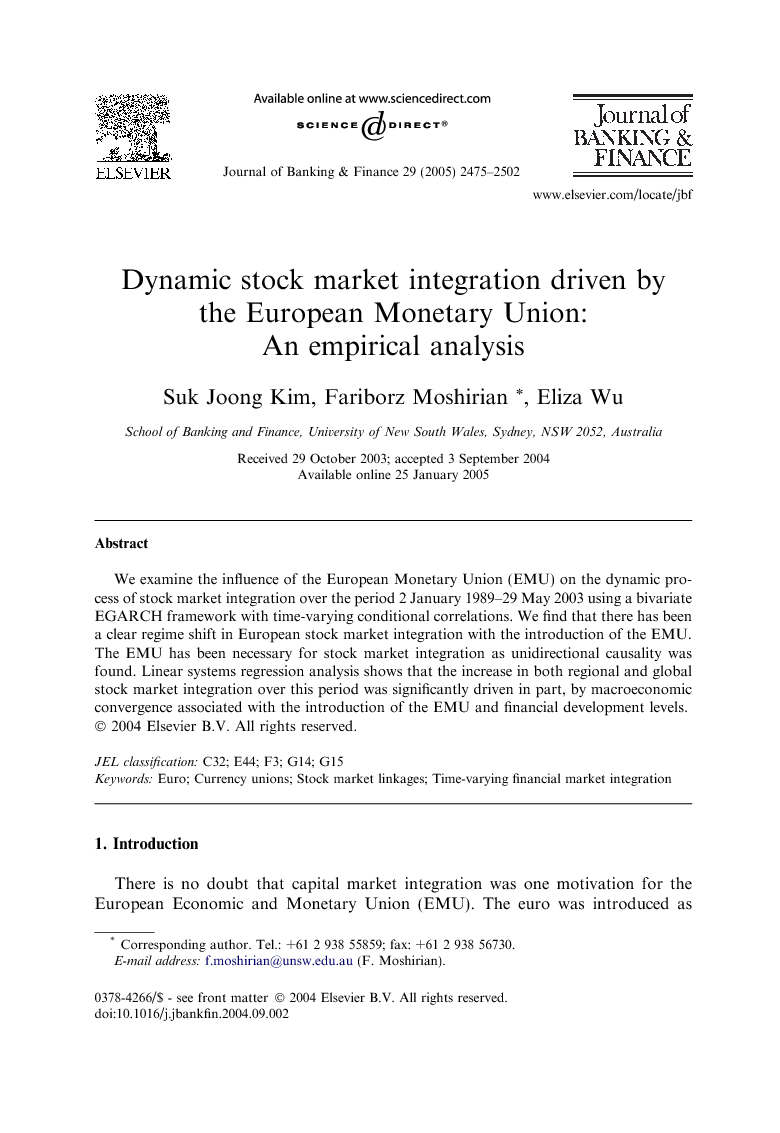 The aim of this paper was to investigate the dynamic nature and determinants of regional and global stock market integration. We have documented that both intra-regional and inter-regional stock market integration was highly volatile prior to the second half of the 1990s and it had increased rapidly in the two years leading up to the official launch of the euro. Since 1999, the process has been much stronger and more stable than before and with the benefit of a longer post-euro sample period, a regime shift is revealed for integration in all EMU stock markets. As a result, intra-regional and inter-regional return and volatility spillovers have been heightened in the period characterized by the introduction of the euro. We have also managed to shed light on the gaps and disparities in the link between currency unions and financial market integration. In particular, we have established unidirectional causality from the political creation of the European currency union to the integration between stock markets within EMU member states and also with Japan and the US. Moreover, our two step systems estimation approach for the group of EMU members reveals that increasing stock market comovements can be explained with the overall macroeconomic convergence process associated with the introduction of the euro rather than the specific effects of the elimination of foreign exchange rate risk due to the currency unification. However, financial market integration is largely a self-fuelling process dependent on existing levels of financial sector development and is particularly strong during the month of January. In addition, we have found that the contribution of currency stability to stock market integration is only significant for the smaller EMU members with historically different economic structures. As a result of the European Monetary System introduced in 1979, the euro was already a very close substitute for most major European currencies. On a global level, the commitment to price stability has significantly strengthened stock market integration between the EMU and the US whilst convergence in the industrial production has increased ties between the EMU and Japan. Although diversification benefits have reduced, the process of financial integration remains incomplete for the smaller member states and opportunities to invest in the eurozone remains. Complete integration of Europe’s stock markets will ultimately depend on many factors and the removal of other impediments will take some time.