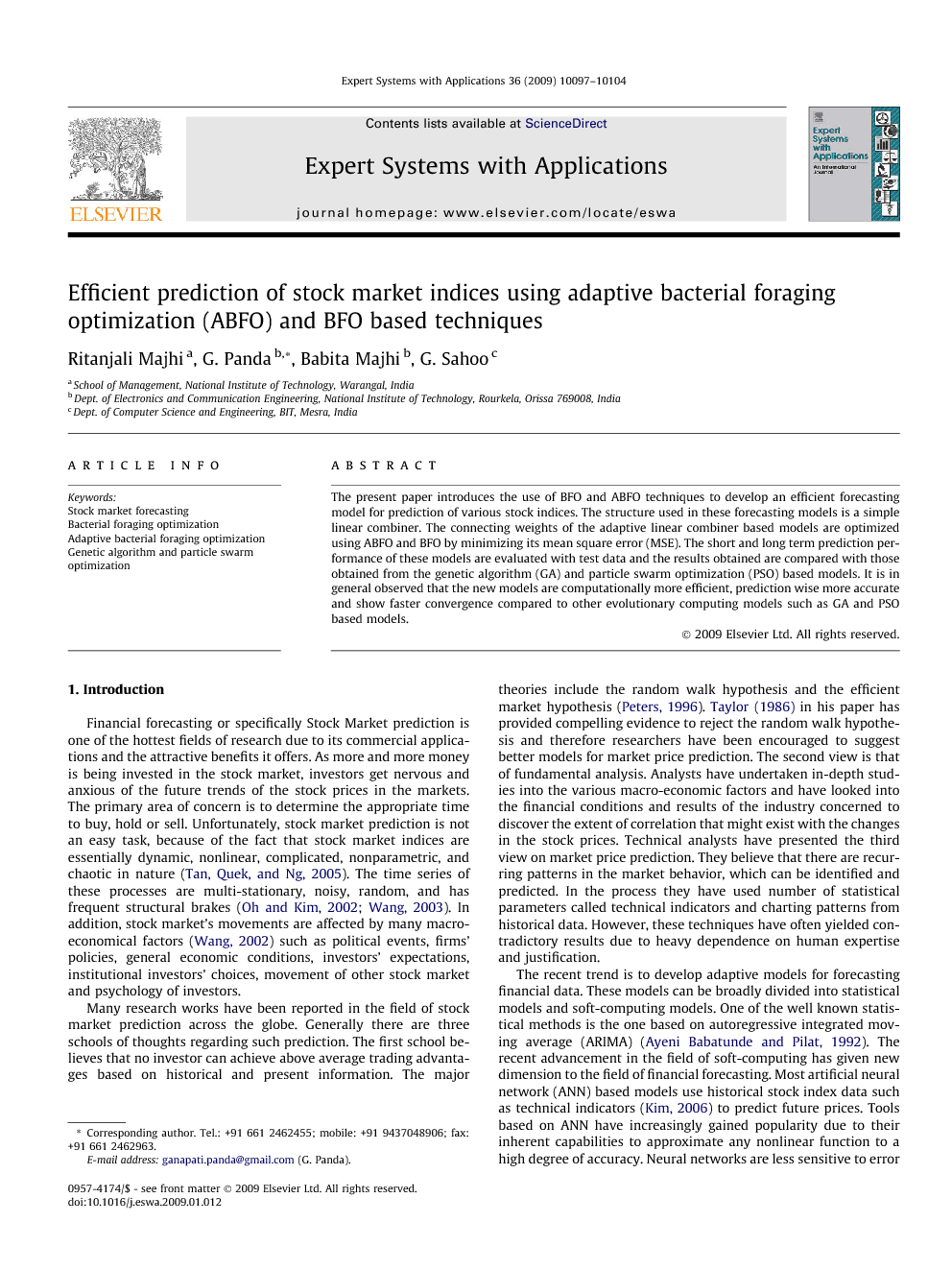 The present paper introduces the use of BFO and ABFO techniques to develop an efficient forecasting model for prediction of various stock indices. The structure used in these forecasting models is a simple linear combiner. The connecting weights of the adaptive linear combiner based models are optimized using ABFO and BFO by minimizing its mean square error (MSE). The short and long term prediction performance of these models are evaluated with test data and the results obtained are compared with those obtained from the genetic algorithm (GA) and particle swarm optimization (PSO) based models. It is in general observed that the new models are computationally more efficient, prediction wise more accurate and show faster convergence compared to other evolutionary computing models such as GA and PSO based models.

In this paper two new forecasting models based on BFO and ABFO are developed to predict different stock indices using technical indicators derived from the past stock indices. The structure of these models are basically an adaptive liner combiner, the weights of which are trained using the ABFO and BFO algorithms. To demonstrate the performance of the proposed models simulation study is carried out using known stock indices and their prediction performance is compared with standard GA and PSO based forecasting models. The comparison indicates that the proposed models offer lesser complexity, better prediction accuracy and faster training compared to those obtained from the GA and PSO based models. Out of the two new models proposed the ABFO model provides best performance in all counts followed by the simple PSO based model.