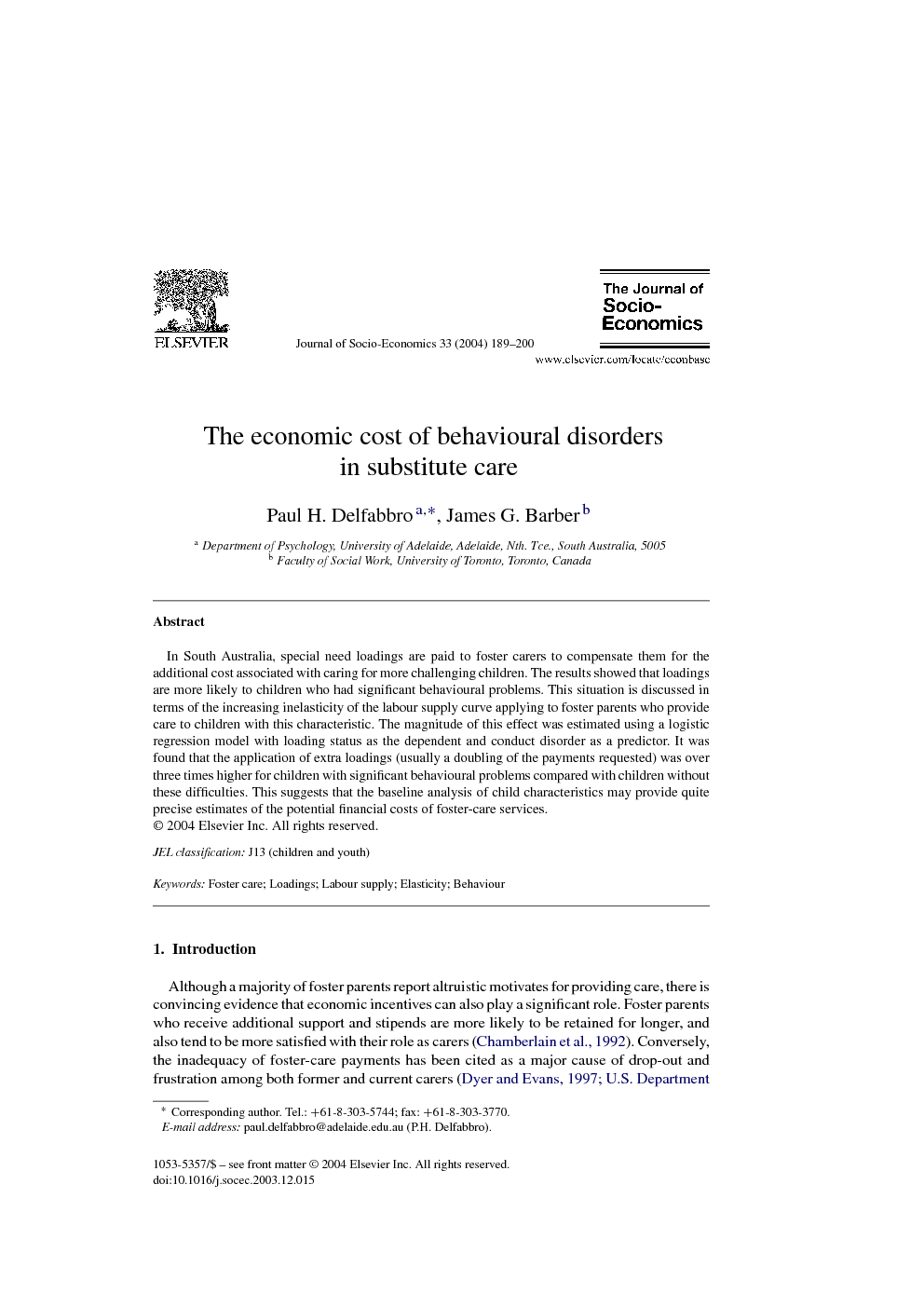 In South Australia, special need loadings are paid to foster carers to compensate them for the additional cost associated with caring for more challenging children. The results showed that loadings are more likely to children who had significant behavioural problems. This situation is discussed in terms of the increasing inelasticity of the labour supply curve applying to foster parents who provide care to children with this characteristic. The magnitude of this effect was estimated using a logistic regression model with loading status as the dependent and conduct disorder as a predictor. It was found that the application of extra loadings (usually a doubling of the payments requested) was over three times higher for children with significant behavioural problems compared with children without these difficulties. This suggests that the baseline analysis of child characteristics may provide quite precise estimates of the potential financial costs of foster-care services.