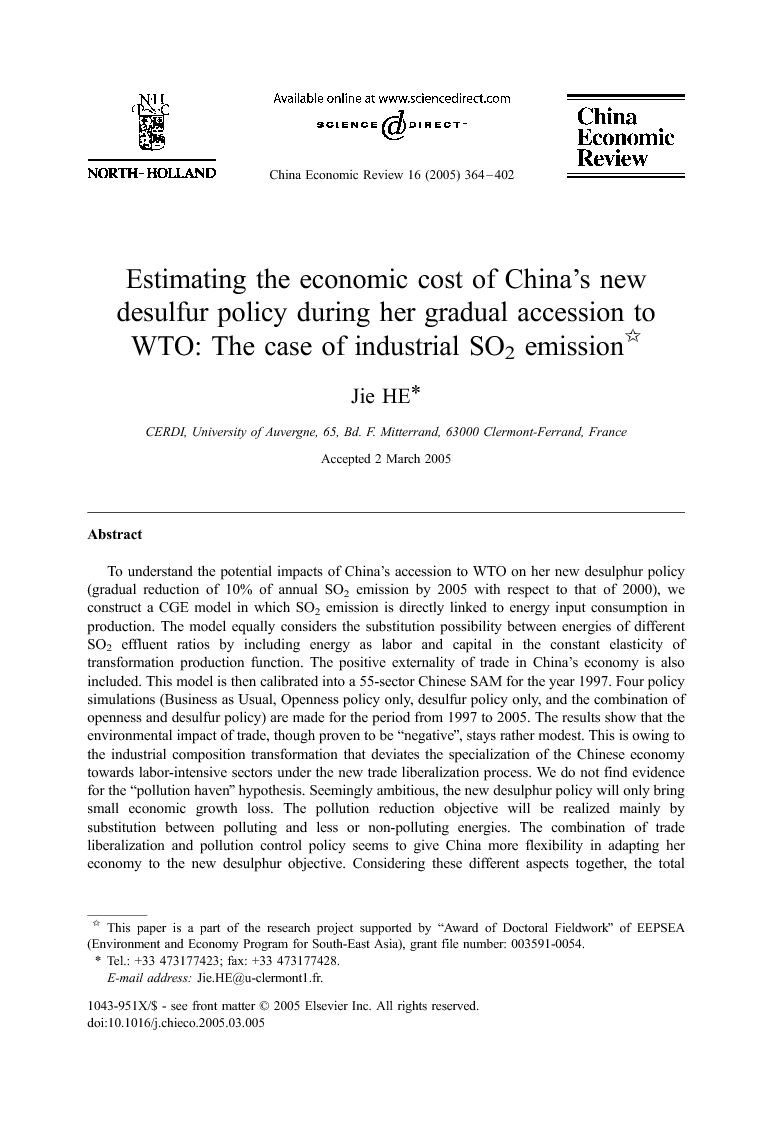 To understand the potential impacts of China's accession to WTO on her new desulphur policy (gradual reduction of 10% of annual SO2 emission by 2005 with respect to that of 2000), we construct a CGE model in which SO2 emission is directly linked to energy input consumption in production. The model equally considers the substitution possibility between energies of different SO2 effluent ratios by including energy as labor and capital in the constant elasticity of transformation production function. The positive externality of trade in China's economy is also included. This model is then calibrated into a 55-sector Chinese SAM for the year 1997. Four policy simulations (Business as Usual, Openness policy only, desulfur policy only, and the combination of openness and desulfur policy) are made for the period from 1997 to 2005. The results show that the environmental impact of trade, though proven to be “negative”, stays rather modest. This is owing to the industrial composition transformation that deviates the specialization of the Chinese economy towards labor-intensive sectors under the new trade liberalization process. We do not find evidence for the “pollution haven” hypothesis. Seemingly ambitious, the new desulphur policy will only bring small economic growth loss. The pollution reduction objective will be realized mainly by substitution between polluting and less or non-polluting energies. The combination of trade liberalization and pollution control policy seems to give China more flexibility in adapting her economy to the new desulphur objective. Considering these different aspects together, the total economic loss due to the new desulphur policy will be limited to only − 0.26% under the presence of trade liberalization.