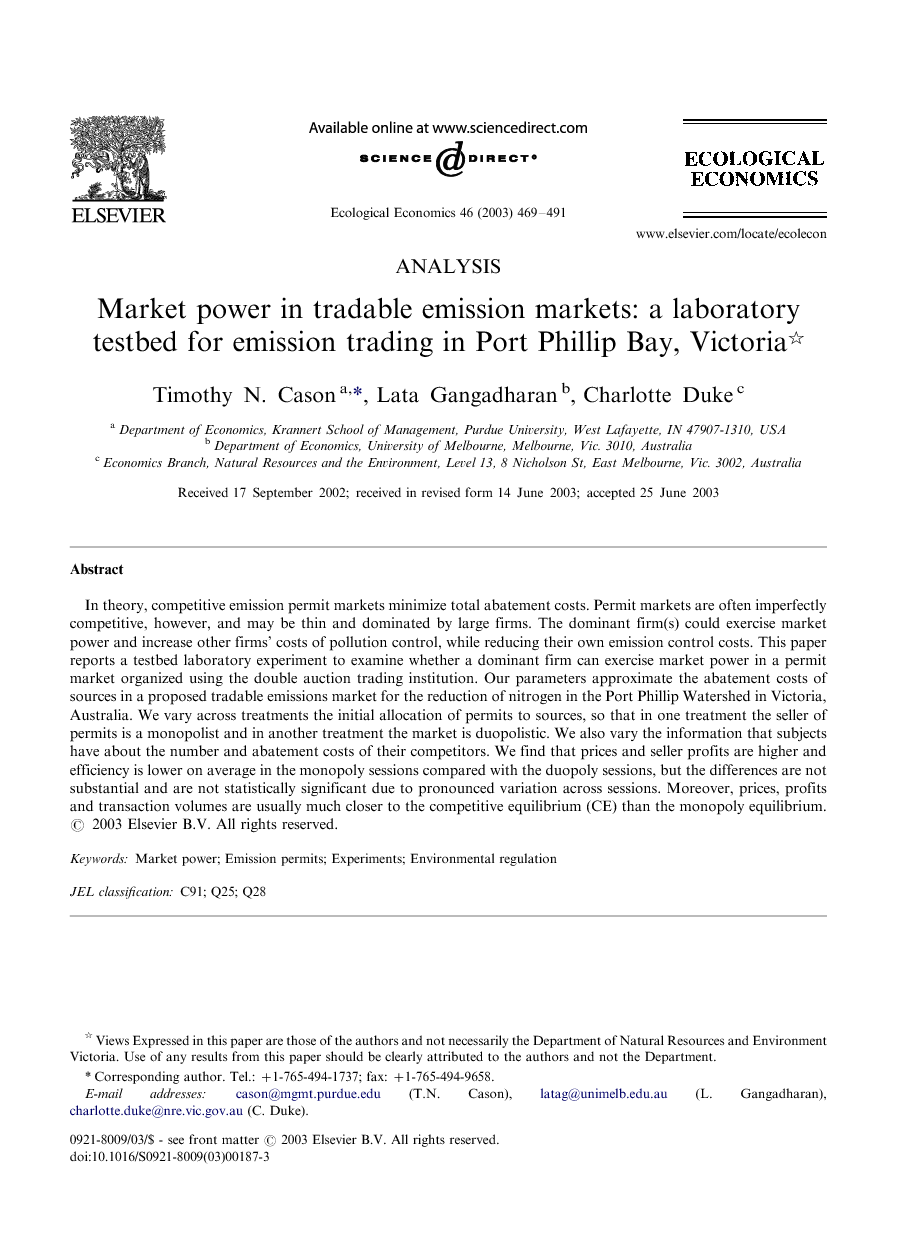 In theory, competitive emission permit markets minimize total abatement costs. Permit markets are often imperfectly competitive, however, and may be thin and dominated by large firms. The dominant firm(s) could exercise market power and increase other firms’ costs of pollution control, while reducing their own emission control costs. This paper reports a testbed laboratory experiment to examine whether a dominant firm can exercise market power in a permit market organized using the double auction trading institution. Our parameters approximate the abatement costs of sources in a proposed tradable emissions market for the reduction of nitrogen in the Port Phillip Watershed in Victoria, Australia. We vary across treatments the initial allocation of permits to sources, so that in one treatment the seller of permits is a monopolist and in another treatment the market is duopolistic. We also vary the information that subjects have about the number and abatement costs of their competitors. We find that prices and seller profits are higher and efficiency is lower on average in the monopoly sessions compared with the duopoly sessions, but the differences are not substantial and are not statistically significant due to pronounced variation across sessions. Moreover, prices, profits and transaction volumes are usually much closer to the competitive equilibrium (CE) than the monopoly equilibrium.