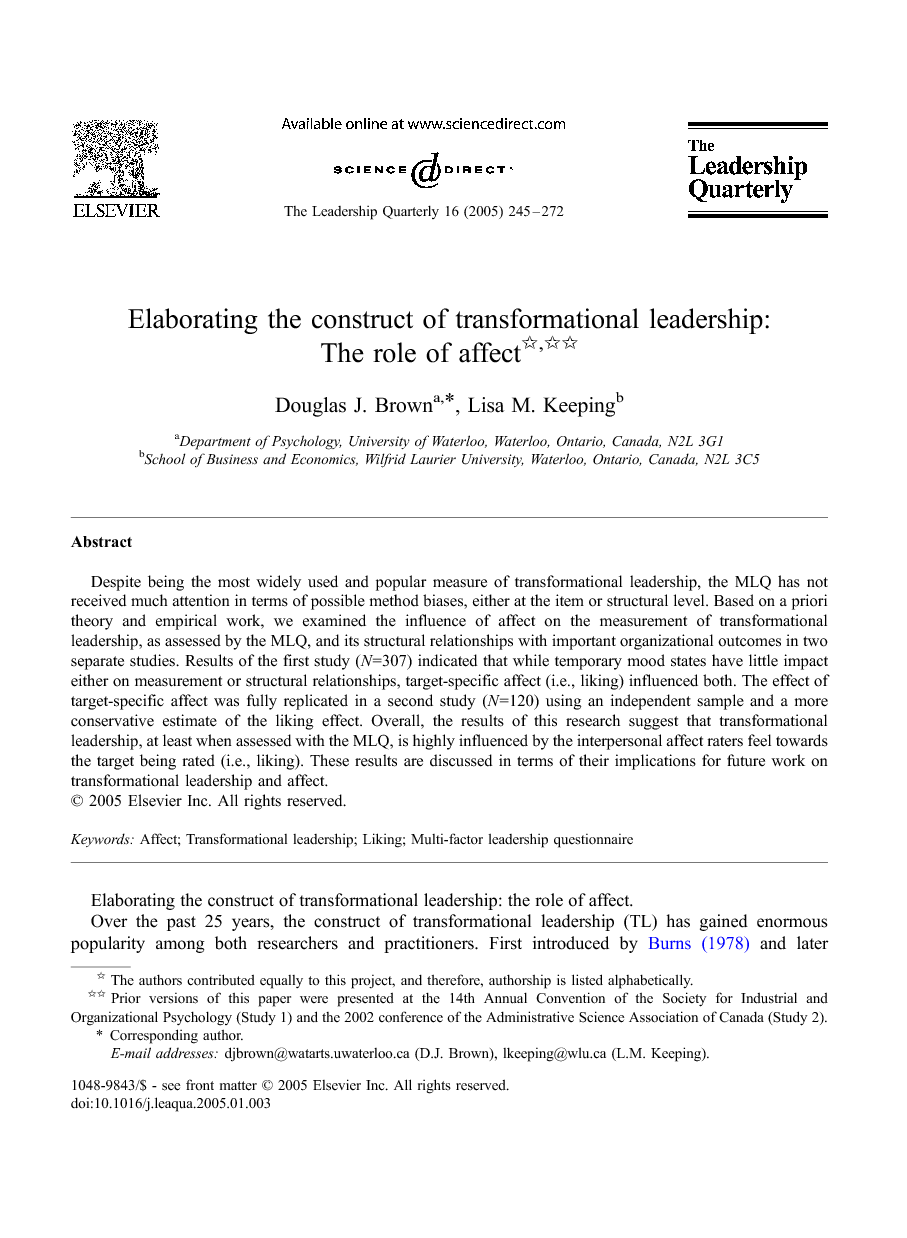 Despite being the most widely used and popular measure of transformational leadership, the MLQ has not received much attention in terms of possible method biases, either at the item or structural level. Based on a priori theory and empirical work, we examined the influence of affect on the measurement of transformational leadership, as assessed by the MLQ, and its structural relationships with important organizational outcomes in two separate studies. Results of the first study (N=307) indicated that while temporary mood states have little impact either on measurement or structural relationships, target-specific affect (i.e., liking) influenced both. The effect of target-specific affect was fully replicated in a second study (N=120) using an independent sample and a more conservative estimate of the liking effect. Overall, the results of this research suggest that transformational leadership, at least when assessed with the MLQ, is highly influenced by the interpersonal affect raters feel towards the target being rated (i.e., liking). These results are discussed in terms of their implications for future work on transformational leadership and affect.