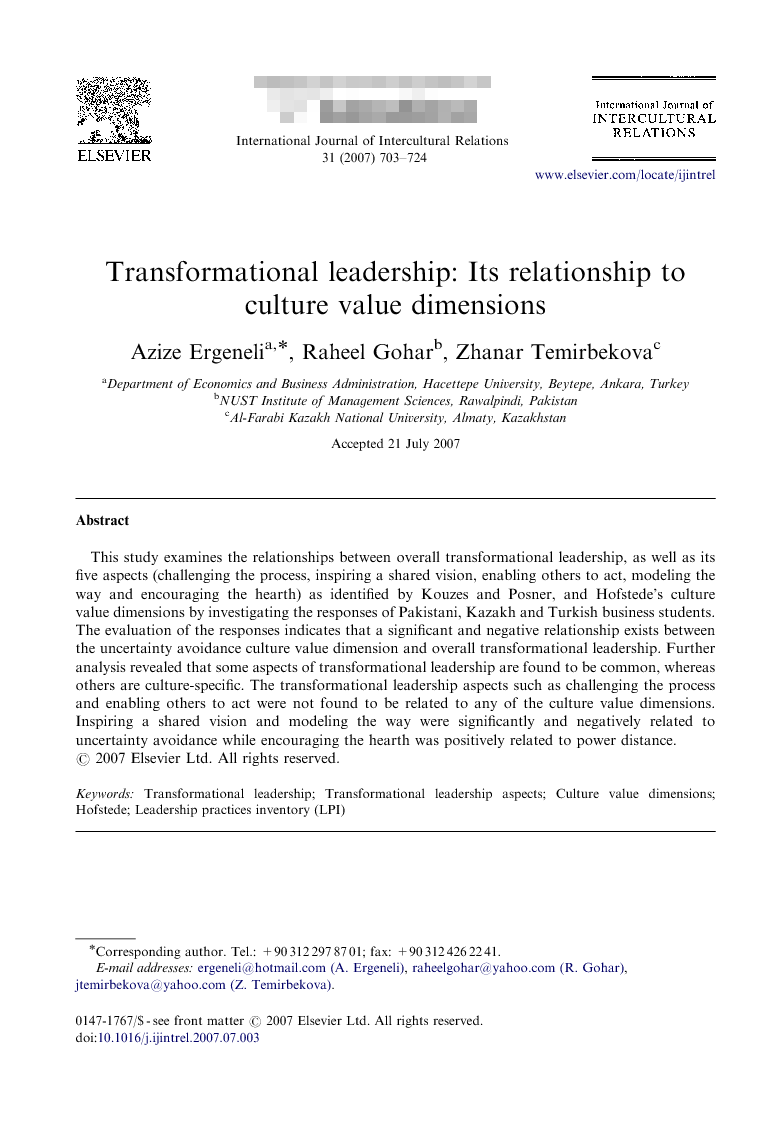 This study examines the relationships between overall transformational leadership, as well as its five aspects (challenging the process, inspiring a shared vision, enabling others to act, modeling the way and encouraging the hearth) as identified by Kouzes and Posner, and Hofstede's culture value dimensions by investigating the responses of Pakistani, Kazakh and Turkish business students. The evaluation of the responses indicates that a significant and negative relationship exists between the uncertainty avoidance culture value dimension and overall transformational leadership. Further analysis revealed that some aspects of transformational leadership are found to be common, whereas others are culture-specific. The transformational leadership aspects such as challenging the process and enabling others to act were not found to be related to any of the culture value dimensions. Inspiring a shared vision and modeling the way were significantly and negatively related to uncertainty avoidance while encouraging the hearth was positively related to power distance.