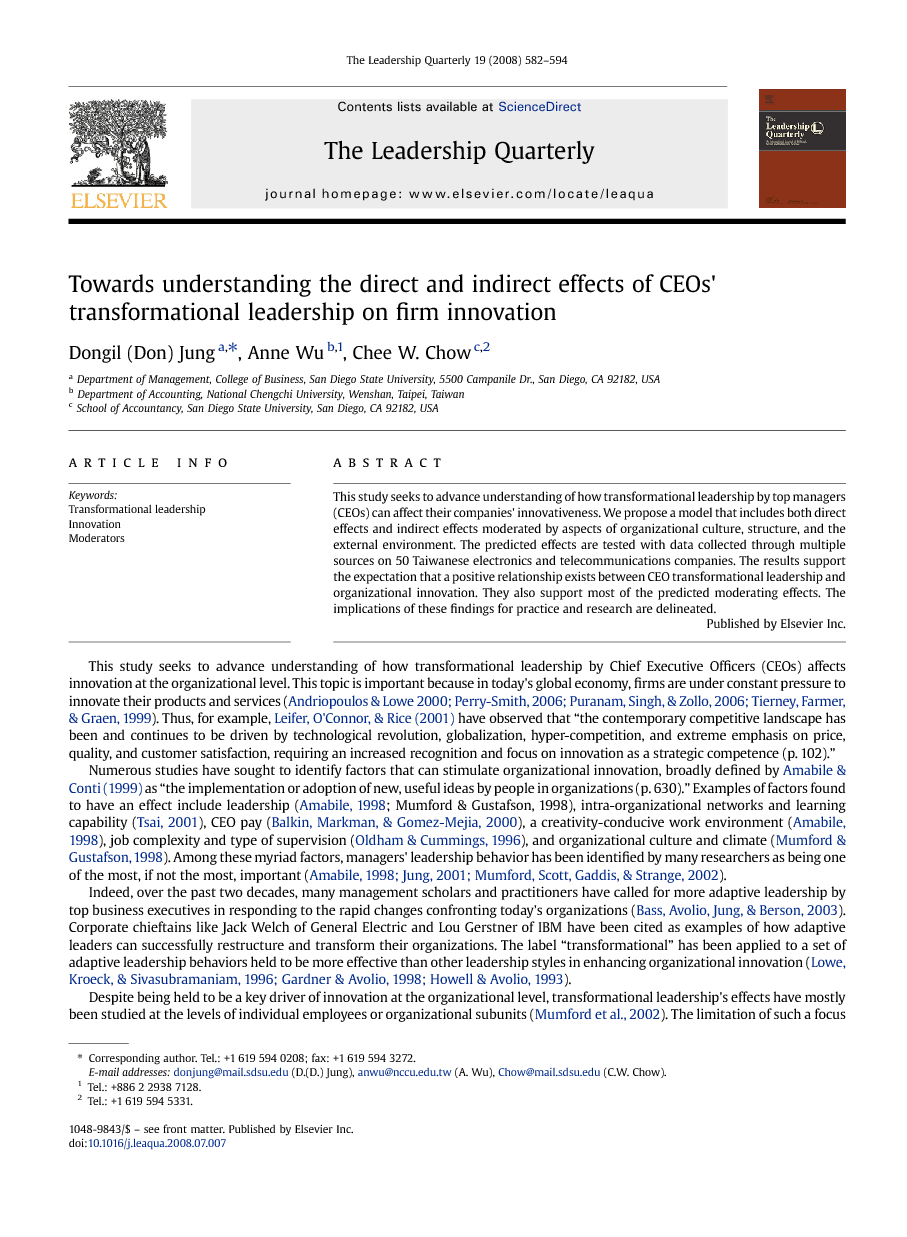 This study seeks to advance understanding of how transformational leadership by top managers (CEOs) can affect their companies' innovativeness. We propose a model that includes both direct effects and indirect effects moderated by aspects of organizational culture, structure, and the external environment. The predicted effects are tested with data collected through multiple sources on 50 Taiwanese electronics and telecommunications companies. The results support the expectation that a positive relationship exists between CEO transformational leadership and organizational innovation. They also support most of the predicted moderating effects. The implications of these findings for practice and research are delineated.