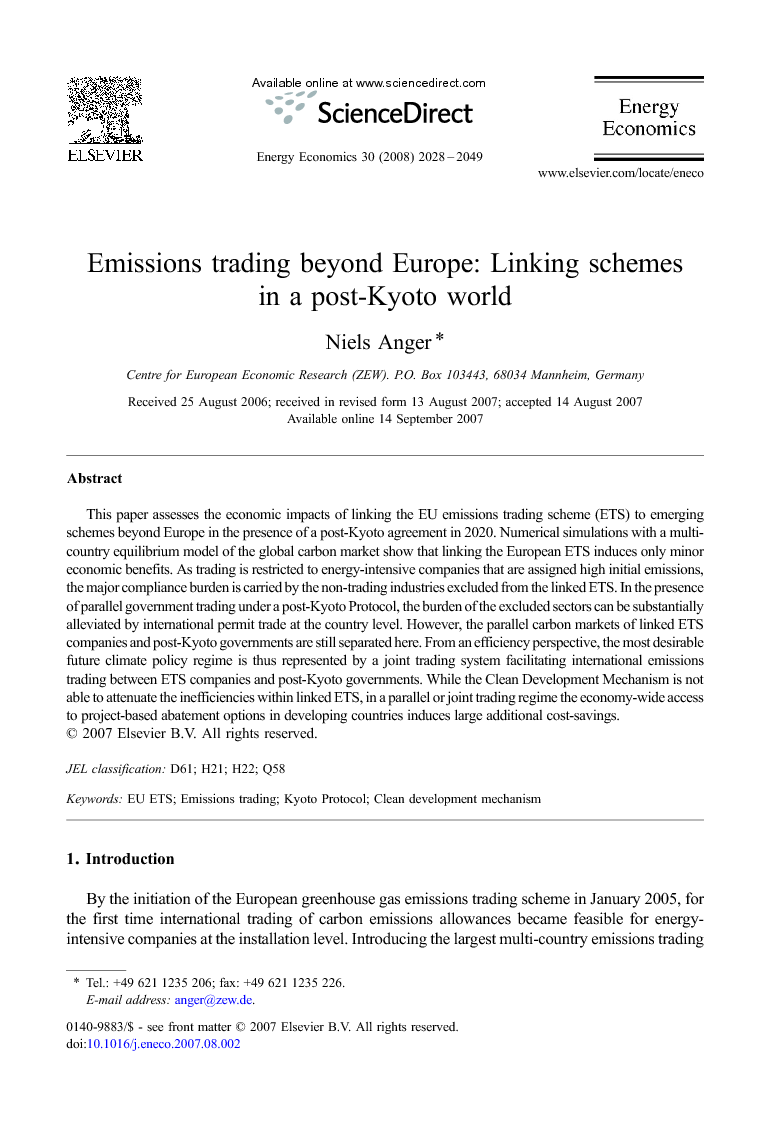 This paper assesses the economic impacts of linking the EU emissions trading scheme (ETS) to emerging schemes beyond Europe in the presence of a post-Kyoto agreement in 2020. Numerical simulations with a multi-country equilibrium model of the global carbon market show that linking the European ETS induces only minor economic benefits. As trading is restricted to energy-intensive companies that are assigned high initial emissions, the major compliance burden is carried by the non-trading industries excluded from the linked ETS. In the presence of parallel government trading under a post-Kyoto Protocol, the burden of the excluded sectors can be substantially alleviated by international permit trade at the country level. However, the parallel carbon markets of linked ETS companies and post-Kyoto governments are still separated here. From an efficiency perspective, the most desirable future climate policy regime is thus represented by a joint trading system facilitating international emissions trading between ETS companies and post-Kyoto governments. While the Clean Development Mechanism is not able to attenuate the inefficiencies within linked ETS, in a parallel or joint trading regime the economy-wide access to project-based abatement options in developing countries induces large additional cost-savings.