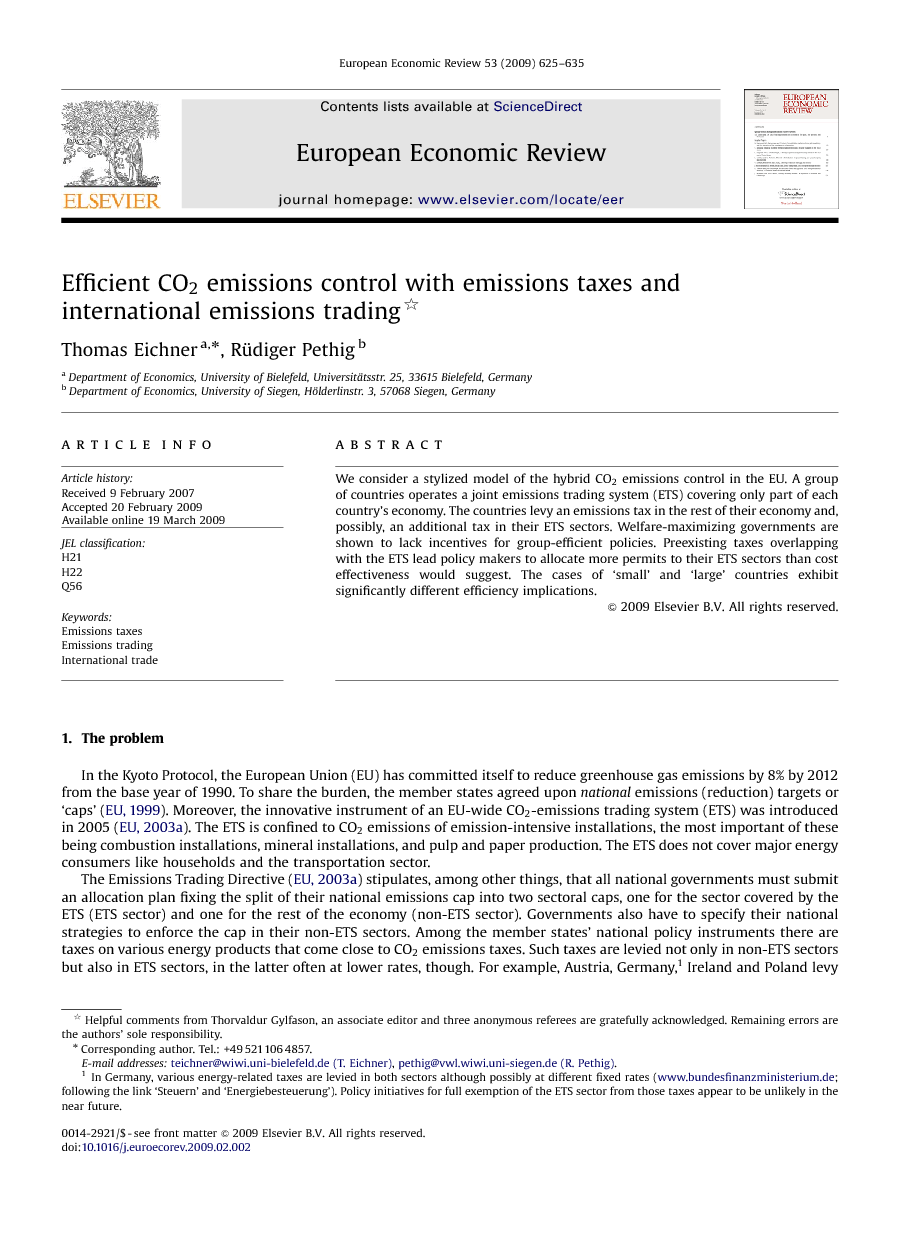 We consider a stylized model of the hybrid CO2CO2 emissions control in the EU. A group of countries operates a joint emissions trading system (ETS) covering only part of each country's economy. The countries levy an emissions tax in the rest of their economy and, possibly, an additional tax in their ETS sectors. Welfare-maximizing governments are shown to lack incentives for group-efficient policies. Preexisting taxes overlapping with the ETS lead policy makers to allocate more permits to their ETS sectors than cost effectiveness would suggest. The cases of ‘small’ and ‘large’ countries exhibit significantly different efficiency implications.