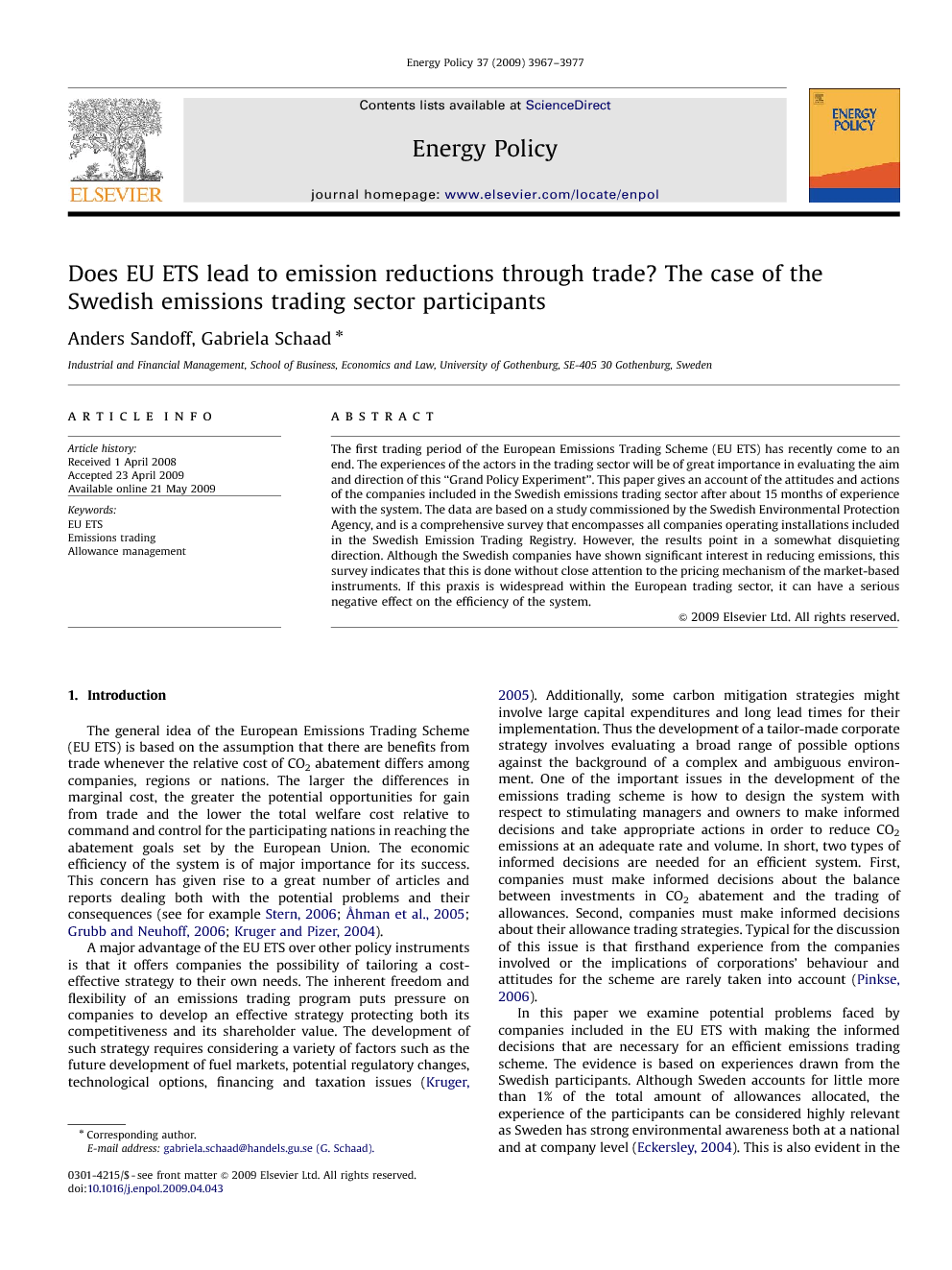 The first trading period of the European Emissions Trading Scheme (EU ETS) has recently come to an end. The experiences of the actors in the trading sector will be of great importance in evaluating the aim and direction of this “Grand Policy Experiment”. This paper gives an account of the attitudes and actions of the companies included in the Swedish emissions trading sector after about 15 months of experience with the system. The data are based on a study commissioned by the Swedish Environmental Protection Agency, and is a comprehensive survey that encompasses all companies operating installations included in the Swedish Emission Trading Registry. However, the results point in a somewhat disquieting direction. Although the Swedish companies have shown significant interest in reducing emissions, this survey indicates that this is done without close attention to the pricing mechanism of the market-based instruments. If this praxis is widespread within the European trading sector, it can have a serious negative effect on the efficiency of the system.