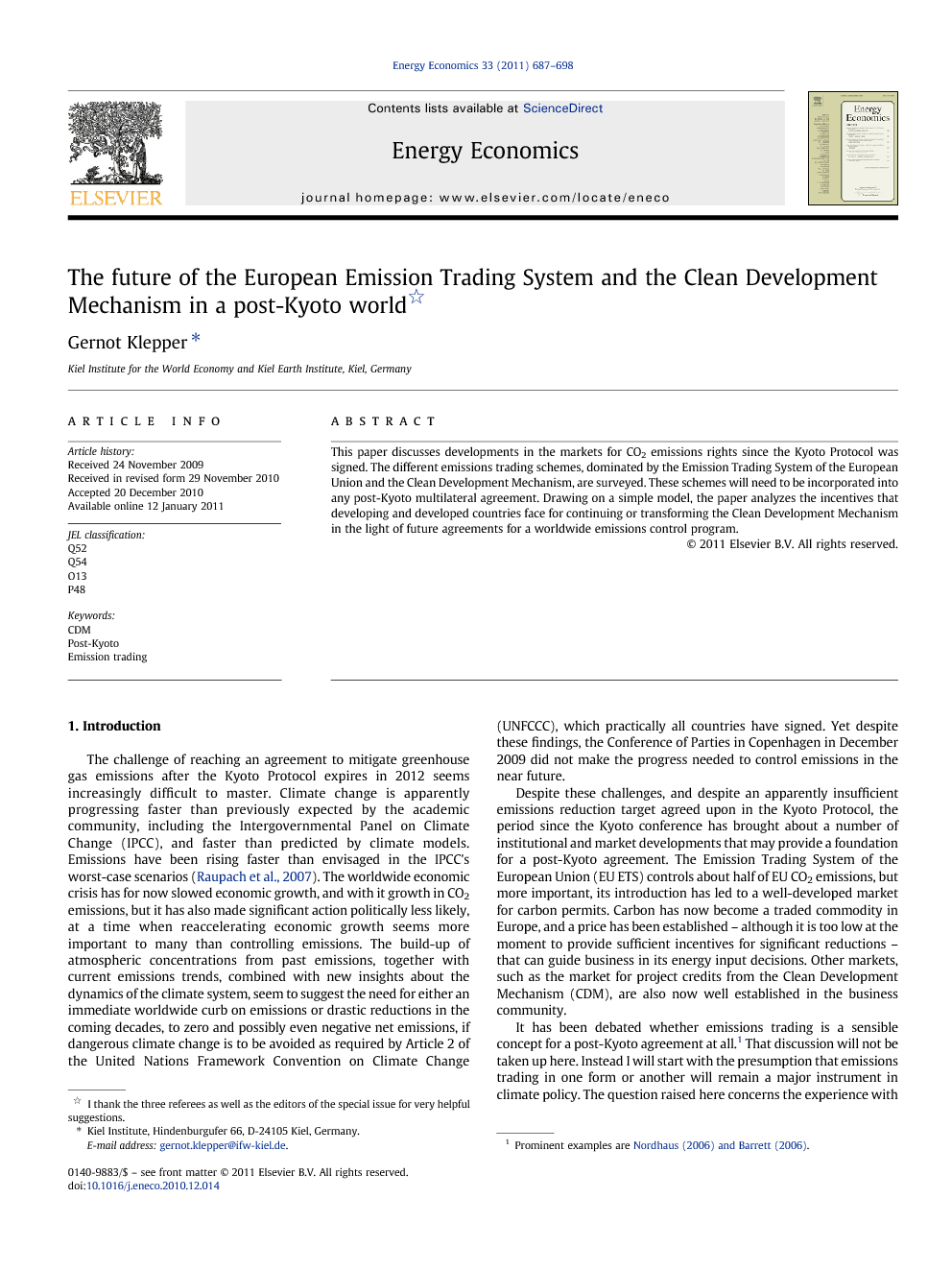 This paper discusses developments in the markets for CO2 emissions rights since the Kyoto Protocol was signed. The different emissions trading schemes, dominated by the Emission Trading System of the European Union and the Clean Development Mechanism, are surveyed. These schemes will need to be incorporated into any post-Kyoto multilateral agreement. Drawing on a simple model, the paper analyzes the incentives that developing and developed countries face for continuing or transforming the Clean Development Mechanism in the light of future agreements for a worldwide emissions control program.