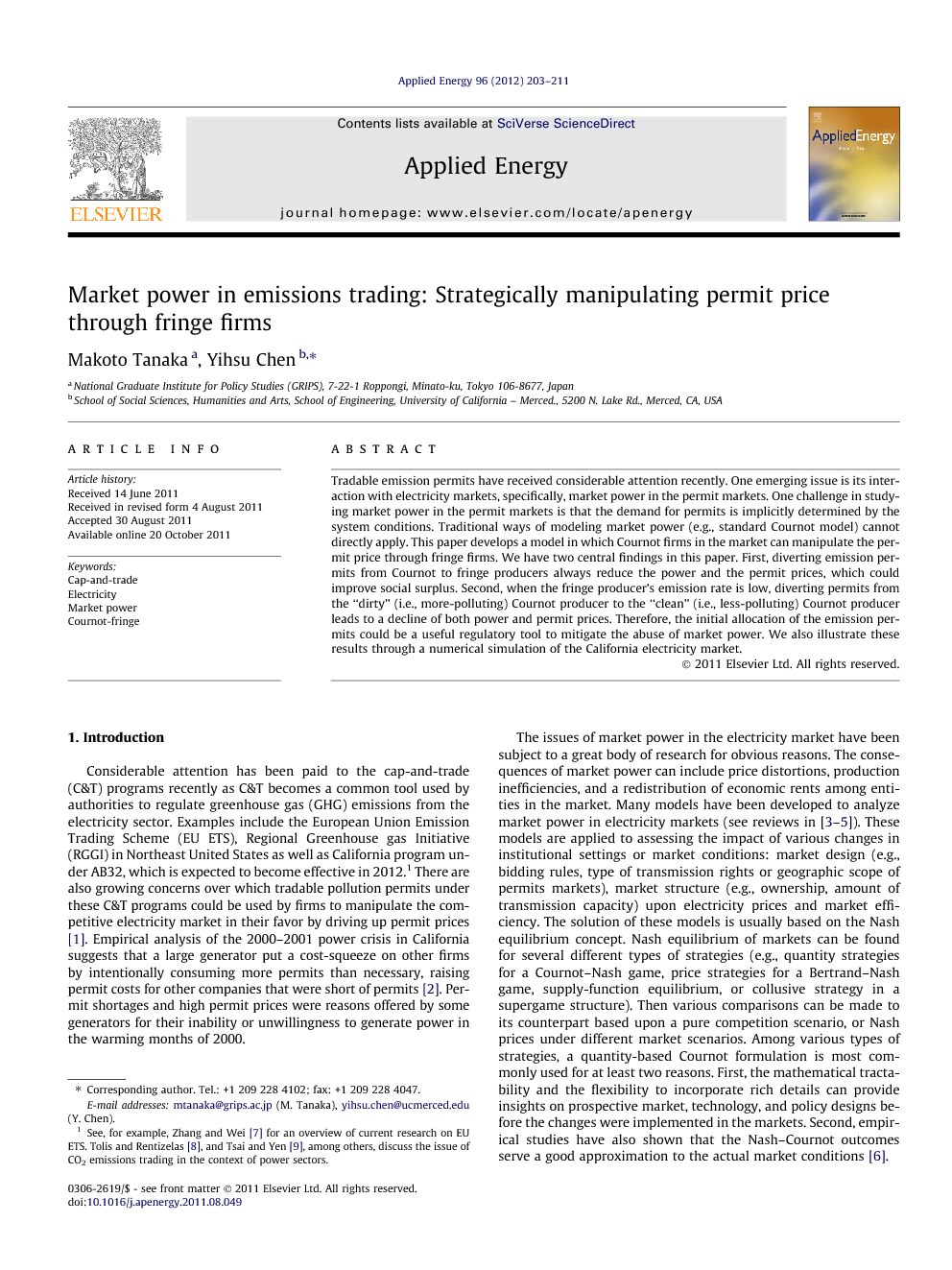 Tradable emission permits have received considerable attention recently. One emerging issue is its interaction with electricity markets, specifically, market power in the permit markets. One challenge in studying market power in the permit markets is that the demand for permits is implicitly determined by the system conditions. Traditional ways of modeling market power (e.g., standard Cournot model) cannot directly apply. This paper develops a model in which Cournot firms in the market can manipulate the permit price through fringe firms. We have two central findings in this paper. First, diverting emission permits from Cournot to fringe producers always reduce the power and the permit prices, which could improve social surplus. Second, when the fringe producer’s emission rate is low, diverting permits from the “dirty” (i.e., more-polluting) Cournot producer to the “clean” (i.e., less-polluting) Cournot producer leads to a decline of both power and permit prices. Therefore, the initial allocation of the emission permits could be a useful regulatory tool to mitigate the abuse of market power. We also illustrate these results through a numerical simulation of the California electricity market.