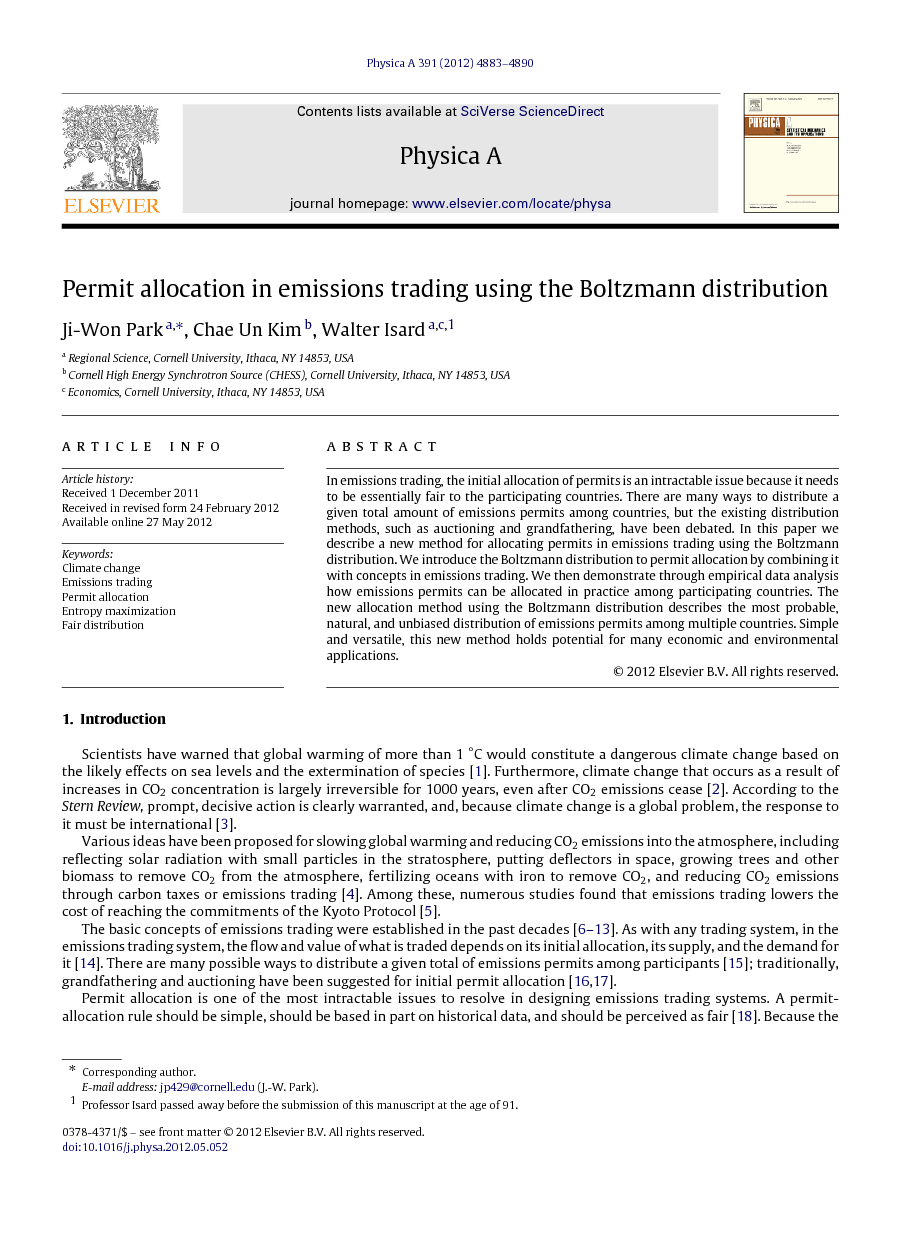 Scientists have warned that global warming of more than 1 °C would constitute a dangerous climate change based on the likely effects on sea levels and the extermination of species [1]. Furthermore, climate change that occurs as a result of increases in CO2 concentration is largely irreversible for 1000 years, even after CO2 emissions cease [2]. According to the Stern Review, prompt, decisive action is clearly warranted, and, because climate change is a global problem, the response to it must be international [3]. Various ideas have been proposed for slowing global warming and reducing CO2 emissions into the atmosphere, including reflecting solar radiation with small particles in the stratosphere, putting deflectors in space, growing trees and other biomass to remove CO2 from the atmosphere, fertilizing oceans with iron to remove CO2, and reducing CO2 emissions through carbon taxes or emissions trading [4]. Among these, numerous studies found that emissions trading lowers the cost of reaching the commitments of the Kyoto Protocol [5]. The basic concepts of emissions trading were established in the past decades [6], [7], [8], [9], [10], [11], [12] and [13]. As with any trading system, in the emissions trading system, the flow and value of what is traded depends on its initial allocation, its supply, and the demand for it [14]. There are many possible ways to distribute a given total of emissions permits among participants [15]; traditionally, grandfathering and auctioning have been suggested for initial permit allocation [16] and [17]. Permit allocation is one of the most intractable issues to resolve in designing emissions trading systems. A permit-allocation rule should be simple, should be based in part on historical data, and should be perceived as fair [18]. Because the flow and value of emissions permits depends on their initial allocation, the fair allocation of a limited number of permits among countries or firms is not only important but also controversial. In this paper, we introduce an alternative method for initial permit allocation using the Boltzmann distribution. We first describe the basic concept of the Boltzmann distribution and then develop its mathematical formula for the allocation of emissions permits. Next, through empirical data analysis, we demonstrate how this allocation method can be used in practice for initial permit allocation.