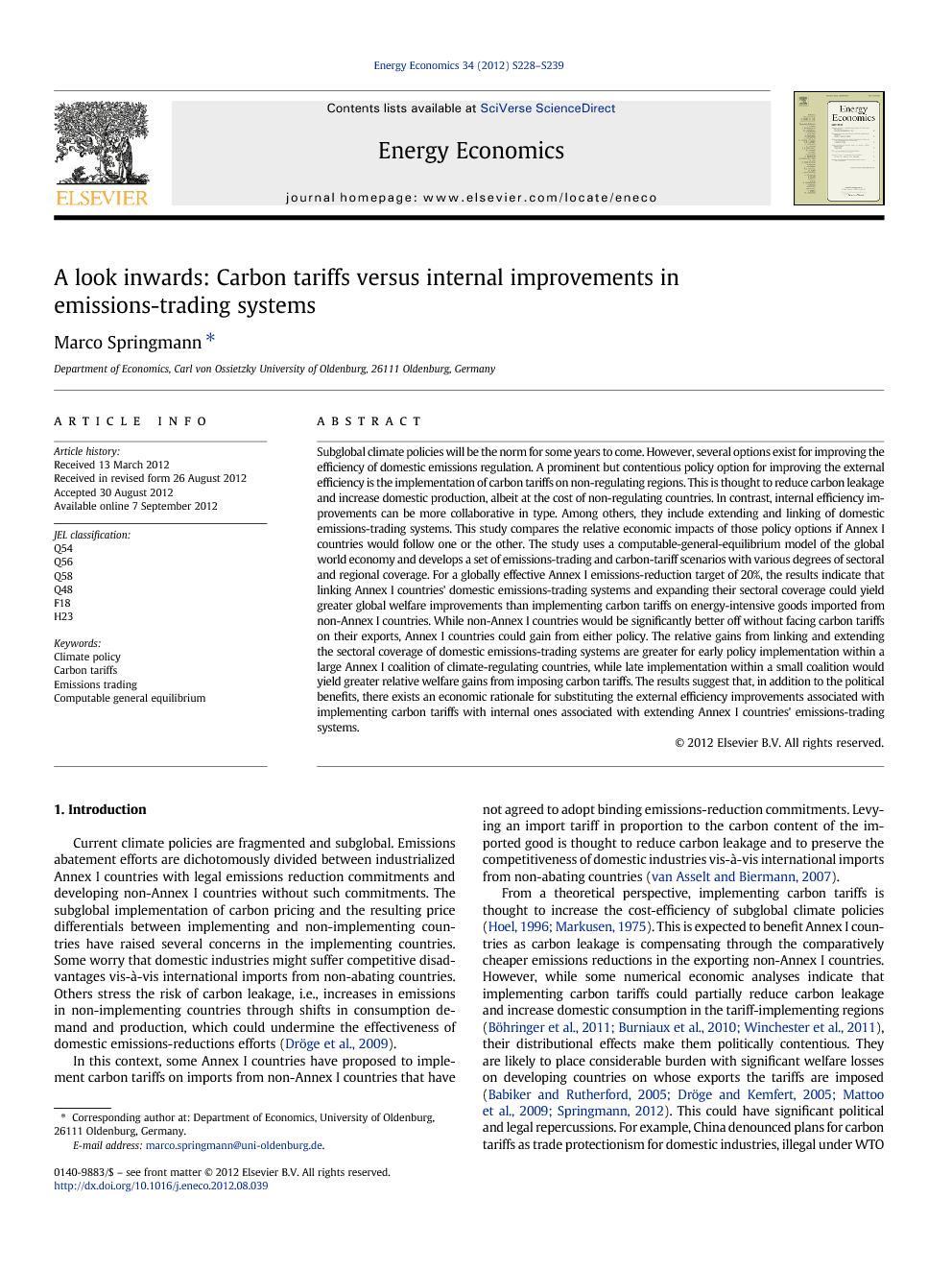 Subglobal climate policies will be the norm for some years to come. However, several options exist for improving the efficiency of domestic emissions regulation. A prominent but contentious policy option for improving the external efficiency is the implementation of carbon tariffs on non-regulating regions. This is thought to reduce carbon leakage and increase domestic production, albeit at the cost of non-regulating countries. In contrast, internal efficiency improvements can be more collaborative in type. Among others, they include extending and linking of domestic emissions-trading systems. This study compares the relative economic impacts of those policy options if Annex I countries would follow one or the other. The study uses a computable-general-equilibrium model of the global world economy and develops a set of emissions-trading and carbon-tariff scenarios with various degrees of sectoral and regional coverage. For a globally effective Annex I emissions-reduction target of 20%, the results indicate that linking Annex I countries' domestic emissions-trading systems and expanding their sectoral coverage could yield greater global welfare improvements than implementing carbon tariffs on energy-intensive goods imported from non-Annex I countries. While non-Annex I countries would be significantly better off without facing carbon tariffs on their exports, Annex I countries could gain from either policy. The relative gains from linking and extending the sectoral coverage of domestic emissions-trading systems are greater for early policy implementation within a large Annex I coalition of climate-regulating countries, while late implementation within a small coalition would yield greater relative welfare gains from imposing carbon tariffs. The results suggest that, in addition to the political benefits, there exists an economic rationale for substituting the external efficiency improvements associated with implementing carbon tariffs with internal ones associated with extending Annex I countries' emissions-trading systems.