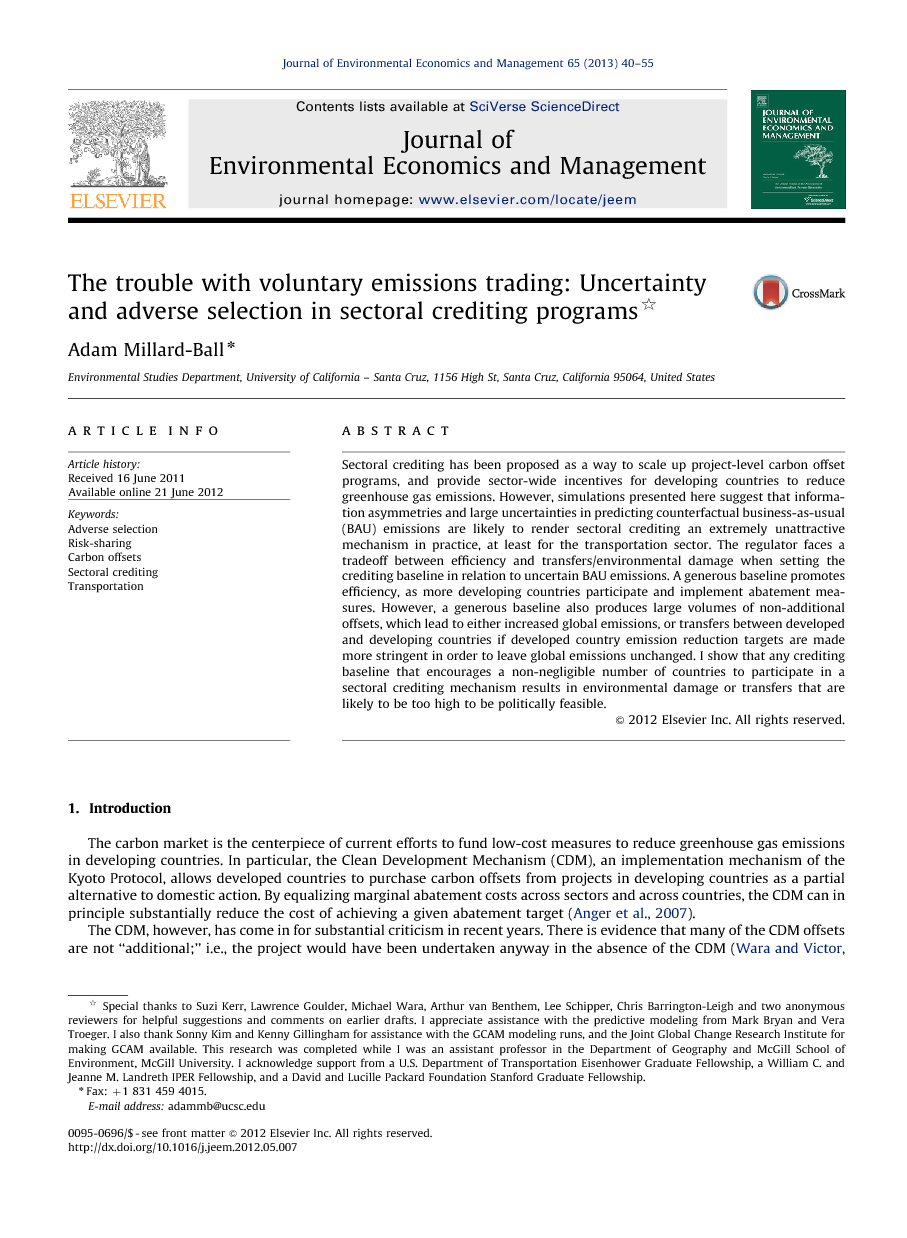 Sectoral crediting has been proposed as a way to scale up project-level carbon offset programs, and provide sector-wide incentives for developing countries to reduce greenhouse gas emissions. However, simulations presented here suggest that information asymmetries and large uncertainties in predicting counterfactual business-as-usual (BAU) emissions are likely to render sectoral crediting an extremely unattractive mechanism in practice, at least for the transportation sector. The regulator faces a tradeoff between efficiency and transfers/environmental damage when setting the crediting baseline in relation to uncertain BAU emissions. A generous baseline promotes efficiency, as more developing countries participate and implement abatement measures. However, a generous baseline also produces large volumes of non-additional offsets, which lead to either increased global emissions, or transfers between developed and developing countries if developed country emission reduction targets are made more stringent in order to leave global emissions unchanged. I show that any crediting baseline that encourages a non-negligible number of countries to participate in a sectoral crediting mechanism results in environmental damage or transfers that are likely to be too high to be politically feasible.