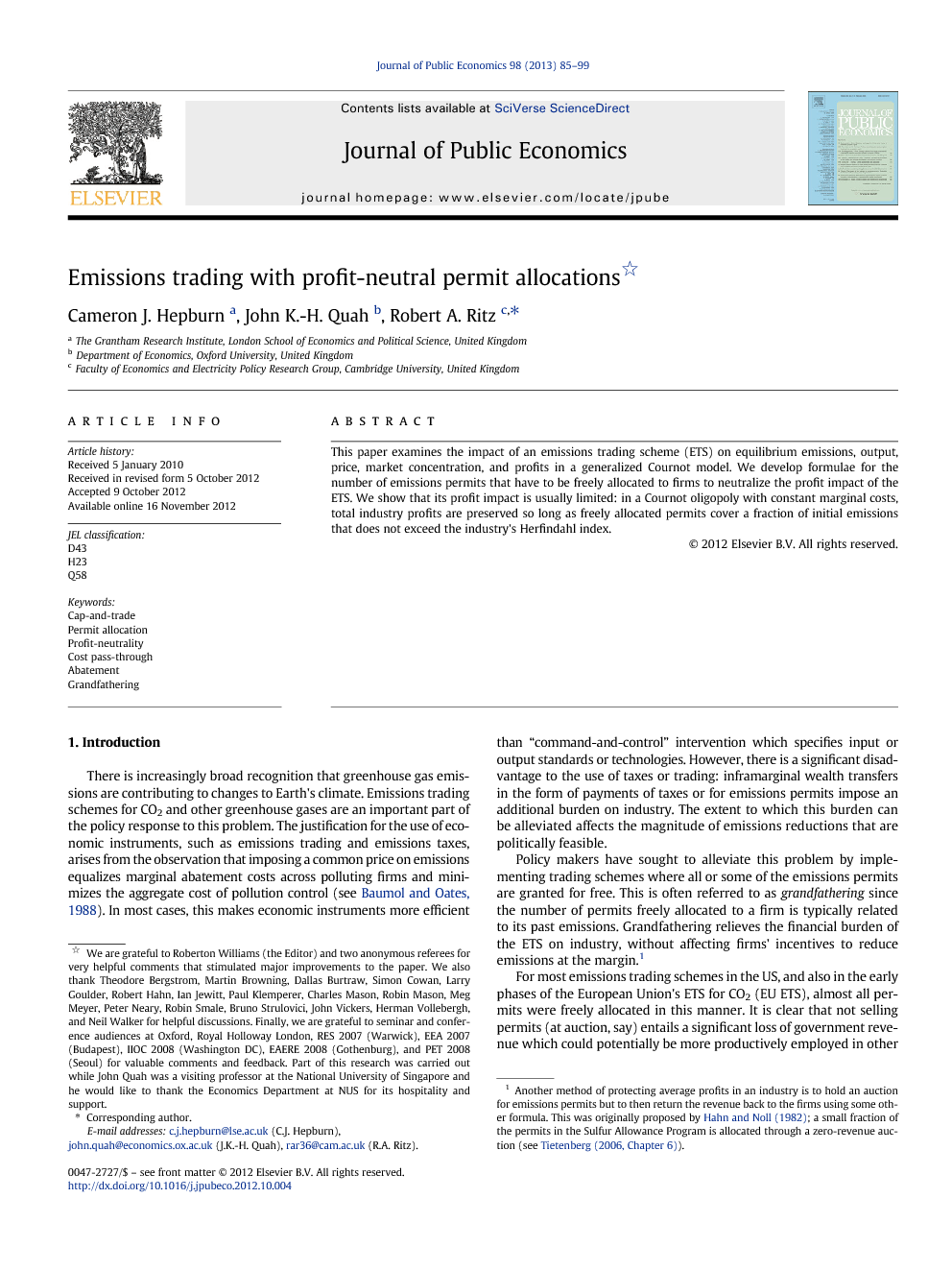 This paper examines the impact of an emissions trading scheme (ETS) on equilibrium emissions, output, price, market concentration, and profits in a generalized Cournot model. We develop formulae for the number of emissions permits that have to be freely allocated to firms to neutralize the profit impact of the ETS. We show that its profit impact is usually limited: in a Cournot oligopoly with constant marginal costs, total industry profits are preserved so long as freely allocated permits cover a fraction of initial emissions that does not exceed the industry's Herfindahl index.

In this paper we examined the impact of an emissions trading scheme on output, price, emissions, market shares, and pro fi ts in a ca- nonicaltheoretical framework.It wasshownthatan ETS leads to more cost-ef fi cient fi rms gaining market share and a reduction in aggregate industry emissions under the following assumptions: (a) fi rms' mar- ginal costs are non-negatively correlated with their emissions intensi- ties and (b) the industry faces a log-concave demand function. We also developed simple formulae to calculate fi rm- and industry-level PNA. These formulae indicate that the pro fi t impact of the ETS will dif- fer from one industry to another, depending on market structure, competitive conduct, fi rms' emissions intensities, and demand condi- tions. However, PNA is low for a large set of plausible parameter values. In particular, in a Cournot model with constant marginal costs, PNA (measured as a fraction of pre-ETS emissions level) is lower than the Her fi ndahl index. In this case, a pro fi t-neutral ETS will typically in- volve the free allocation of less than 50% of the permit allowances is- sued, and thus raise a signi fi cant amount of government revenue. This analysis may help to inform public discussion of cap-and-trade schemesastheyareimplementedindifferentpartsoftheworld.Ourre- sults could also serve as a natural starting point for further theoretical and empirical studies into ETS design