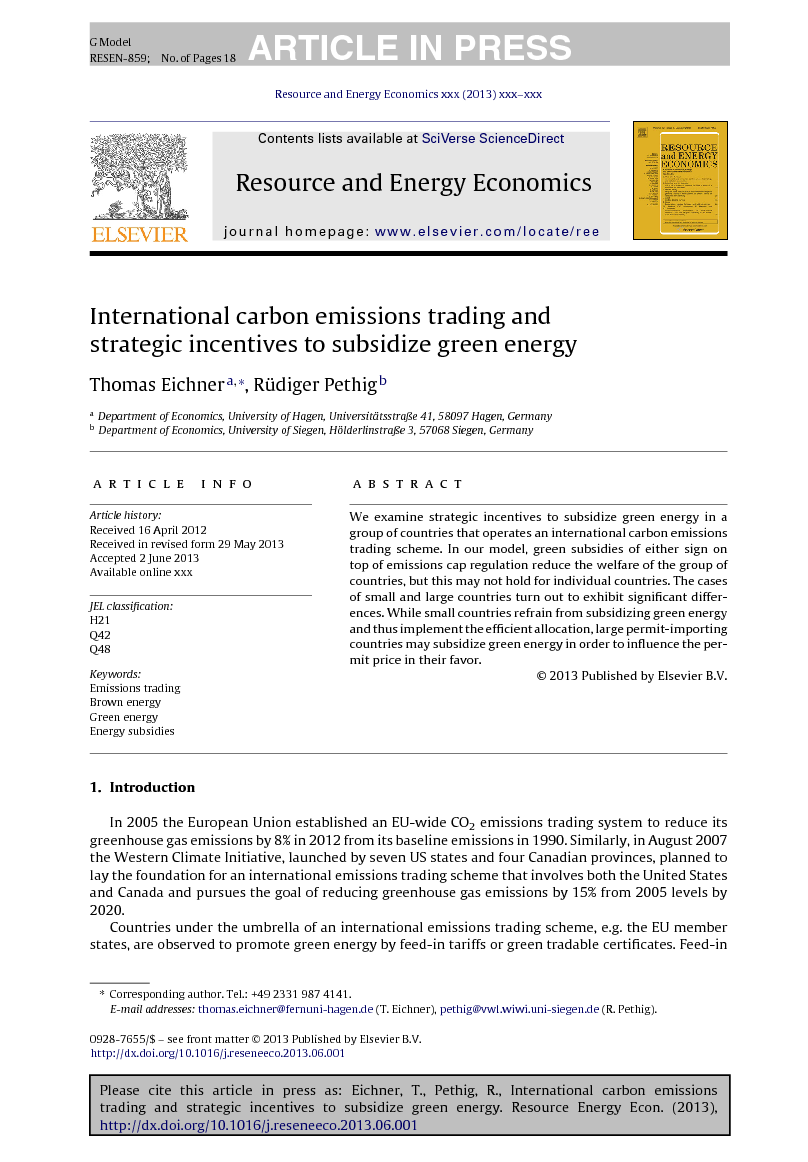 We examine strategic incentives to subsidize green energy in a group of countries that operates an international carbon emissions trading scheme. In our model, green subsidies of either sign on top of emissions cap regulation reduce the welfare of the group of countries, but this may not hold for individual countries. The cases of small and large countries turn out to exhibit significant differences. While small countries refrain from subsidizing green energy and thus implement the efficient allocation, large permit-importing countries may subsidize green energy in order to influence the permit price in their favor.