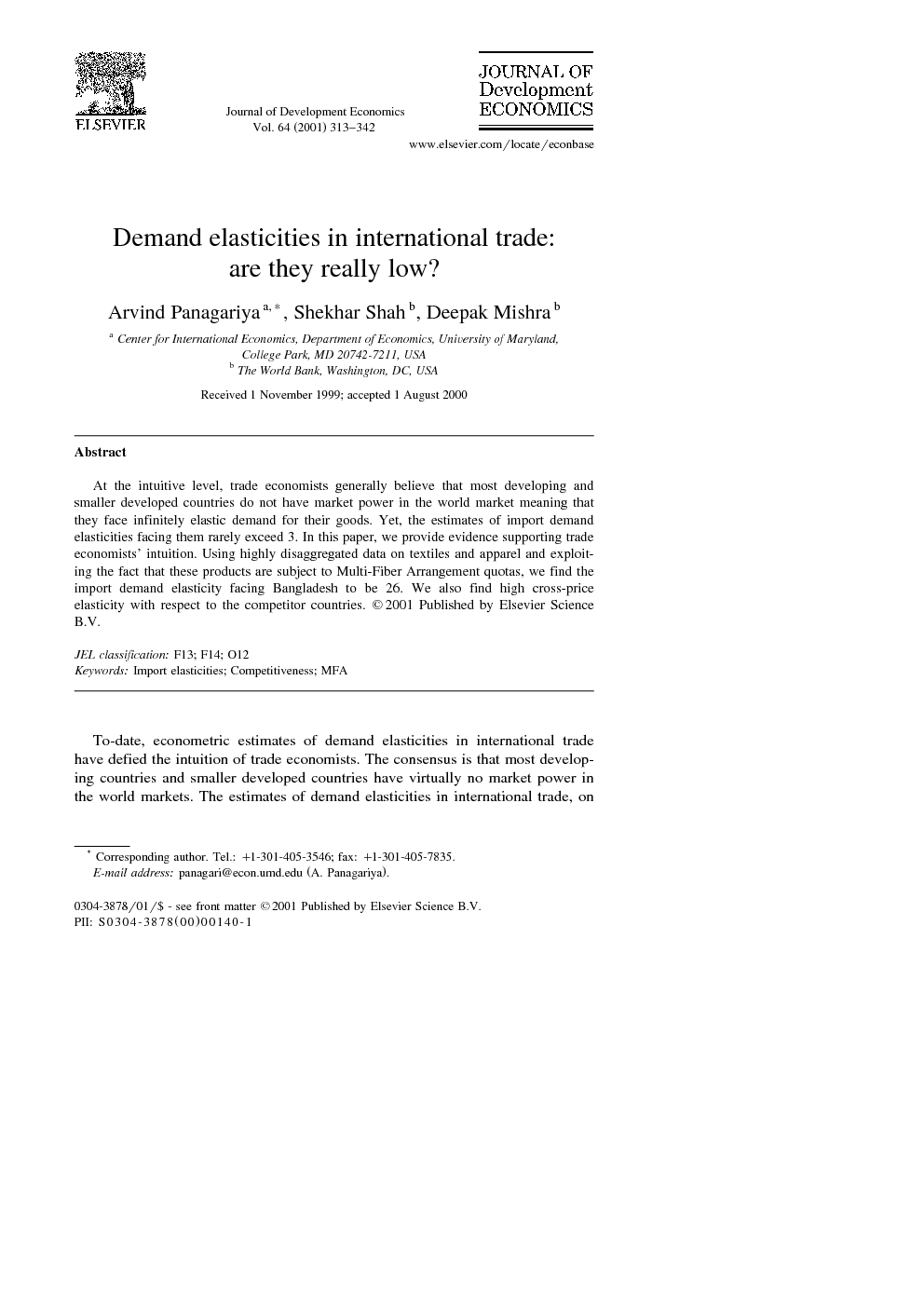 At the intuitive level, trade economists generally believe that most developing and smaller developed countries do not have market power in the world market meaning that they face infinitely elastic demand for their goods. Yet, the estimates of import demand elasticities facing them rarely exceed 3. In this paper, we provide evidence supporting trade economists' intuition. Using highly disaggregated data on textiles and apparel and exploiting the fact that these products are subject to Multi-Fiber Arrangement quotas, we find the import demand elasticity facing Bangladesh to be 26. We also find high cross-price elasticity with respect to the competitor countries.

In this paper, we have offered systematic evidence of very high demand elasticities for products coming from a small country, Bangladesh, into the US. Our analysis differs from the existing studies on the subject in four important ways. First, we use a new methodology, which exploits the fact that MFA exports are subject to binding quotas. Second, there is a tight connection between out theoretical model and econometric estimation. Third, we take explicit account of competitors of Bangladesh. Finally, we use highly disaggregated data which makes unit values a more reliable measure of prices than when aggregate data are used. The results of our estimation are relatively robust to the inclusion of commodity- and time-fixed effects. The most surprising finding is the consistently high value of the own-price elasticity. This high value accords with trade theorists' prior that small countries can essentially behave as price takers and vindicates Riedel (1988).