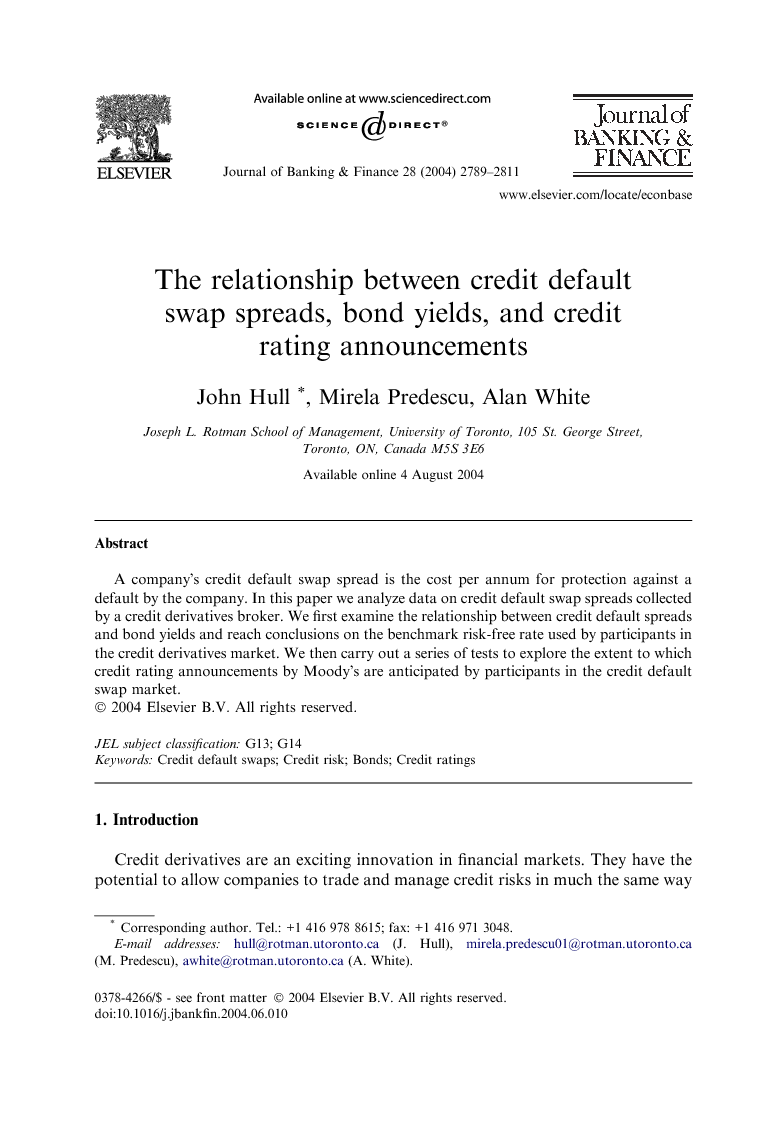 Credit default swaps are a recent innovation in capital markets. There is a theoretical relationship between credit default swap spreads and bond yield spreads. We find that the theoretical relationship holds fairly well and that we are able to use it to estimate the benchmark 5-year risk-free rate used by participants in the credit default swap market. Our conclusion is that the risk-free rate used by market participants is about 10 basis points less than the 5-year swap rate on average. Alternatively it can be characterized as above the Treasury rate by about 83% of the spread between the 5-year swap rate and the 5-year Treasury rate. We have conducted two types of analyses exploring the relationship between the credit default swap market and ratings announcements. In the first type of analysis we examine credit default swap changes conditional on a ratings announcement. We find that reviews for downgrade contain significant information, but downgrades and negative outlooks do not. There is anticipation of all three types of ratings announcements by the credit default swap market. In the second type of analysis we examine ratings announcements conditional on credit spread levels and credit spread changes. Either credit spread changes or credit spread levels provide helpful information in estimating the probability of negative credit rating changes. We find that 42.6% of downgrades, 39.8% of all reviews for downgrade and 50.9% of negative outlooks come from the top quartile of credit default swap changes. Our results for positive rating events were much less significant than our results for negative rating events. This is consistent with the work of researchers who have looked at the relationship between rating events and bond yields, but may be influenced by the fact that there were far fewer positive rating events in our sample.