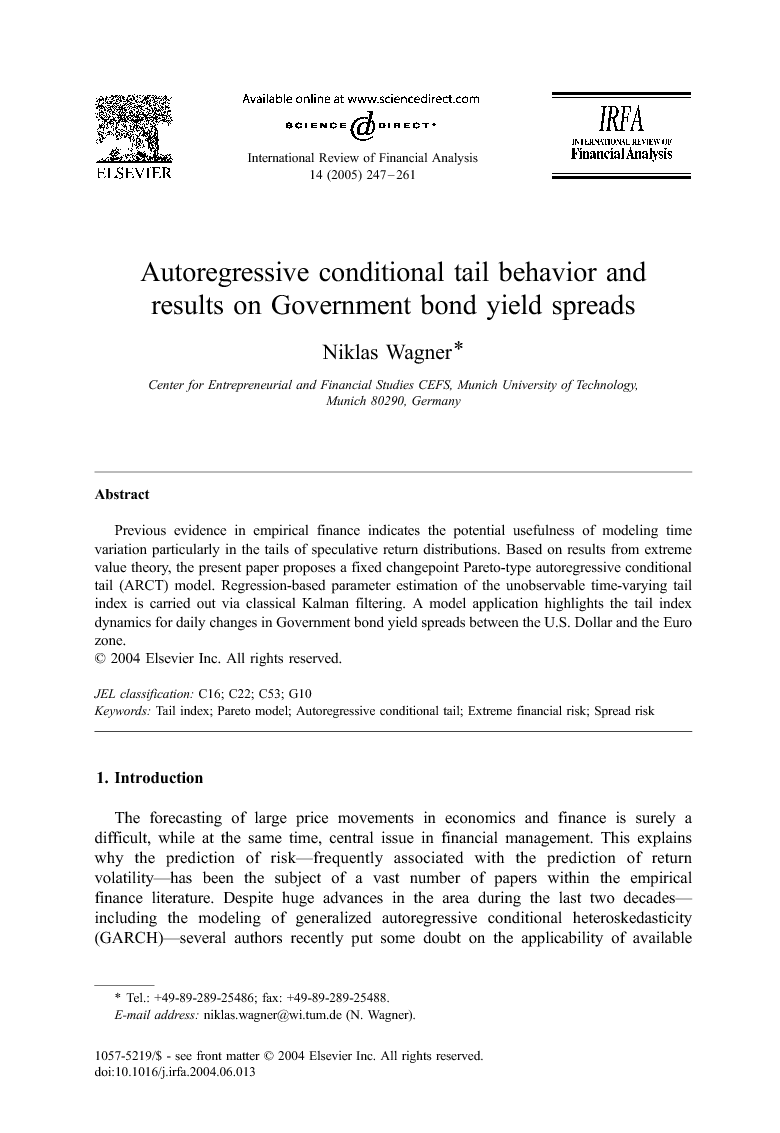 The modeling of potential extreme market events can have an important impact on the calculation of minimum capital risk requirements (see, e.g., Clare et al., 2002). It appears that approaches to time-varying extreme financial risk may provide a potentially useful tool to extend our understanding of market stress and may also contribute to the set of available risk prediction methods. This paper outlines a straightforward model of ARCT behavior. Estimation and application to financial risk modeling yields results on the tail index dynamics of yield spreads. Future work in the area may be devoted to generalize and robustify the model and its estimation as well as to investigate its applicability and predictive performance.