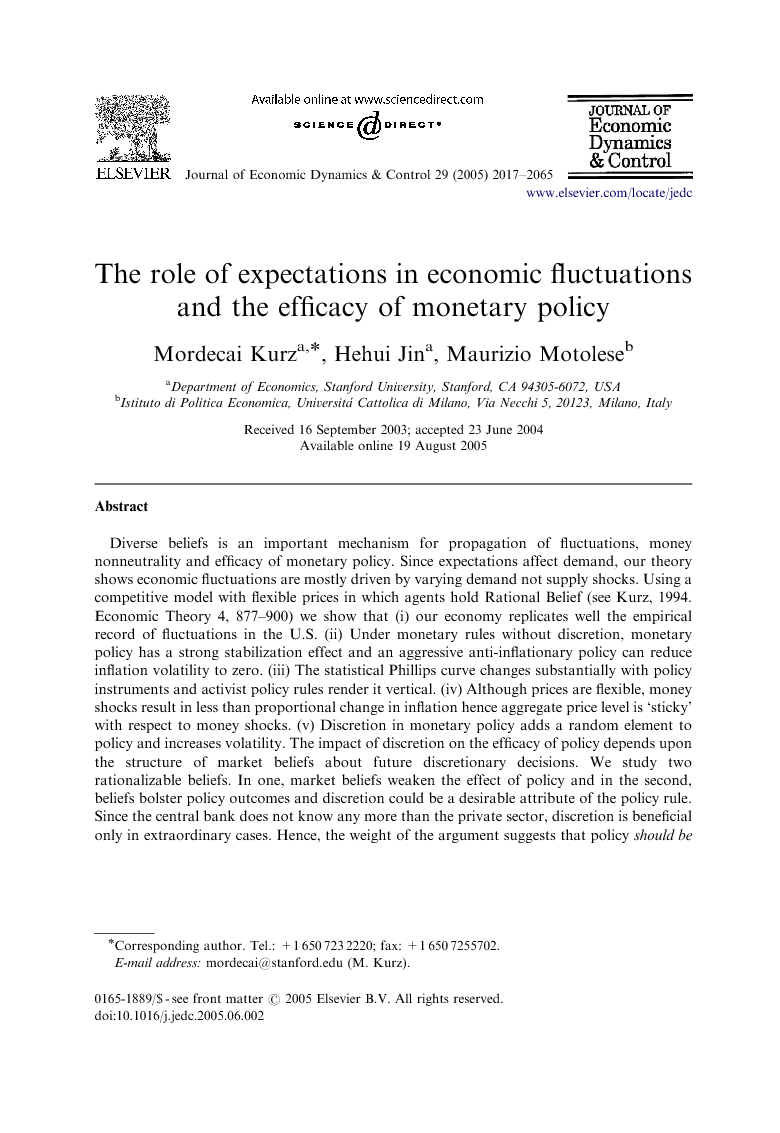 Diverse beliefs is an important mechanism for propagation of fluctuations, money nonneutrality and efficacy of monetary policy. Since expectations affect demand, our theory shows economic fluctuations are mostly driven by varying demand not supply shocks. Using a competitive model with flexible prices in which agents hold Rational Belief (see Kurz, 1994. Economic Theory 4, 877–900) we show that (i) our economy replicates well the empirical record of fluctuations in the U.S. (ii) Under monetary rules without discretion, monetary policy has a strong stabilization effect and an aggressive anti-inflationary policy can reduce inflation volatility to zero. (iii) The statistical Phillips curve changes substantially with policy instruments and activist policy rules render it vertical. (iv) Although prices are flexible, money shocks result in less than proportional change in inflation hence aggregate price level is ‘sticky’ with respect to money shocks. (v) Discretion in monetary policy adds a random element to policy and increases volatility. The impact of discretion on the efficacy of policy depends upon the structure of market beliefs about future discretionary decisions. We study two rationalizable beliefs. In one, market beliefs weaken the effect of policy and in the second, beliefs bolster policy outcomes and discretion could be a desirable attribute of the policy rule. Since the central bank does not know any more than the private sector, discretion is beneficial only in extraordinary cases. Hence, the weight of the argument suggests that policy should be transparent and abandon discretion except for rare circumstances. (vi) Our model suggests the current real policy is only mildly activist and aims mostly to target inflation.