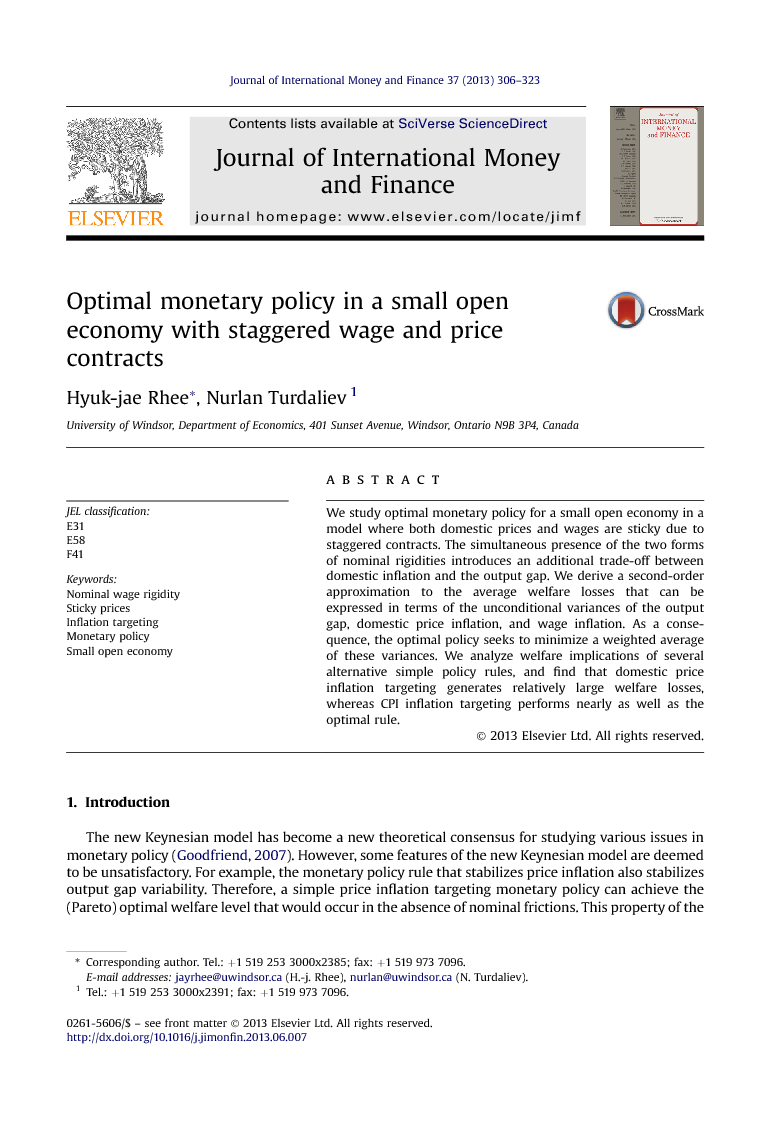 We study optimal monetary policy for a small open economy in a model where both domestic prices and wages are sticky due to staggered contracts. The simultaneous presence of the two forms of nominal rigidities introduces an additional trade-off between domestic inflation and the output gap. We derive a second-order approximation to the average welfare losses that can be expressed in terms of the unconditional variances of the output gap, domestic price inflation, and wage inflation. As a consequence, the optimal policy seeks to minimize a weighted average of these variances. We analyze welfare implications of several alternative simple policy rules, and find that domestic price inflation targeting generates relatively large welfare losses, whereas CPI inflation targeting performs nearly as well as the optimal rule.

In this paper, we study several monetary policy rules for a small open economy within a framework where both domestic prices and wages are sticky due to staggered contracts. This study delivers three messages regarding the issue of monetary policy design in a small open economy. First, the optimal policy is to seek to minimize a weighted average of the variances of domestic price inflation, wage inflation, and the output gap. Second, the policy that exclusively targets domestic price inflation is suboptimal. Last, the policy that responds to CPI inflation is almost as good as the optimal policy. To bring our work in line with growing empirical evidence that fluctuations in exchange rates result in less than proportional changes in prices of traded goods and that prices respond with some delay (Engel, 1999 and Parsley and Wei, 2001), we plan to extend this research to the case of incomplete and delayed exchange rate pass-through. We also intend to explore the relative performance of various composite inflation-based Taylor rules in these environments.