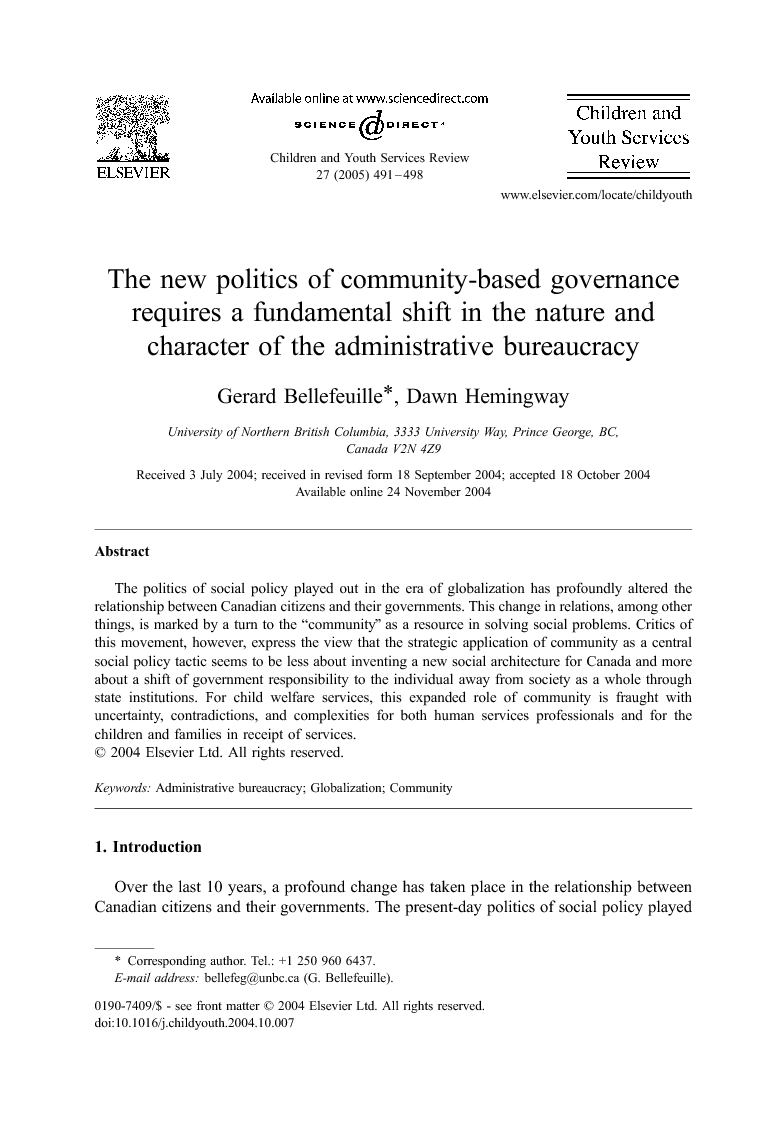 The politics of social policy played out in the era of globalization has profoundly altered the relationship between Canadian citizens and their governments. This change in relations, among other things, is marked by a turn to the “community” as a resource in solving social problems. Critics of this movement, however, express the view that the strategic application of community as a central social policy tactic seems to be less about inventing a new social architecture for Canada and more about a shift of government responsibility to the individual away from society as a whole through state institutions. For child welfare services, this expanded role of community is fraught with uncertainty, contradictions, and complexities for both human services professionals and for the children and families in receipt of services.

Communities' successes in attending to their social issues/needs will depend on their capacity to take a different perspective and create different approaches to shaping healthy communities. If essential change and success is to be achieved, they will redefine the work, create new ways to do the work, and essentially change how they live together. What they do will require imagination, learning, and compassion. It will take time. It will also require a different orientation of provincial and federal governments. Rather than focusing on survival, winning, looking good, and control, government will need to rethink its responsibilities to communities… beyond fiscal accountability. They will need to change their perspective about what communities can do and then let them do it.