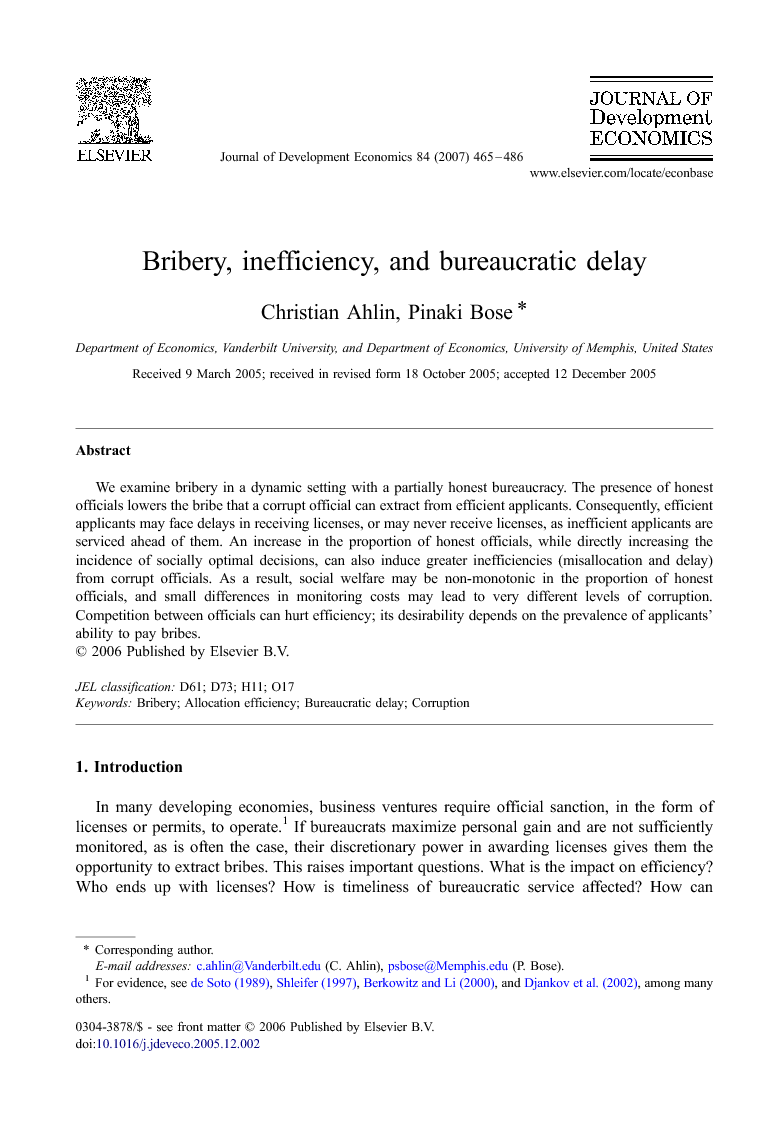 We examine bribery in a dynamic setting with a partially honest bureaucracy. The presence of honest officials lowers the bribe that a corrupt official can extract from efficient applicants. Consequently, efficient applicants may face delays in receiving licenses, or may never receive licenses, as inefficient applicants are serviced ahead of them. An increase in the proportion of honest officials, while directly increasing the incidence of socially optimal decisions, can also induce greater inefficiencies (misallocation and delay) from corrupt officials. As a result, social welfare may be non-monotonic in the proportion of honest officials, and small differences in monitoring costs may lead to very different levels of corruption. Competition between officials can hurt efficiency; its desirability depends on the prevalence of applicants' ability to pay bribes.

In summary, we find that bribery is inefficient in a simple dynamic setting, and in fact creates a non-monotonic relationship between the degree of honesty of the bureaucracy and efficiency. The key mechanism is that the option of re-applying in hopes of finding an honest official is worth most to productive candidates. This lowers their initial willingness to pay a bribe and thus can lead to misallocation of licenses toward less productive candidates and bureaucratic delay in awarding licenses to productive candidates. Nonetheless, allowing applicants this option to search (competition) is optimal provided that ability to pay bribes is not too widespread. Thus bureaucratic competition may be most beneficial in developing countries.