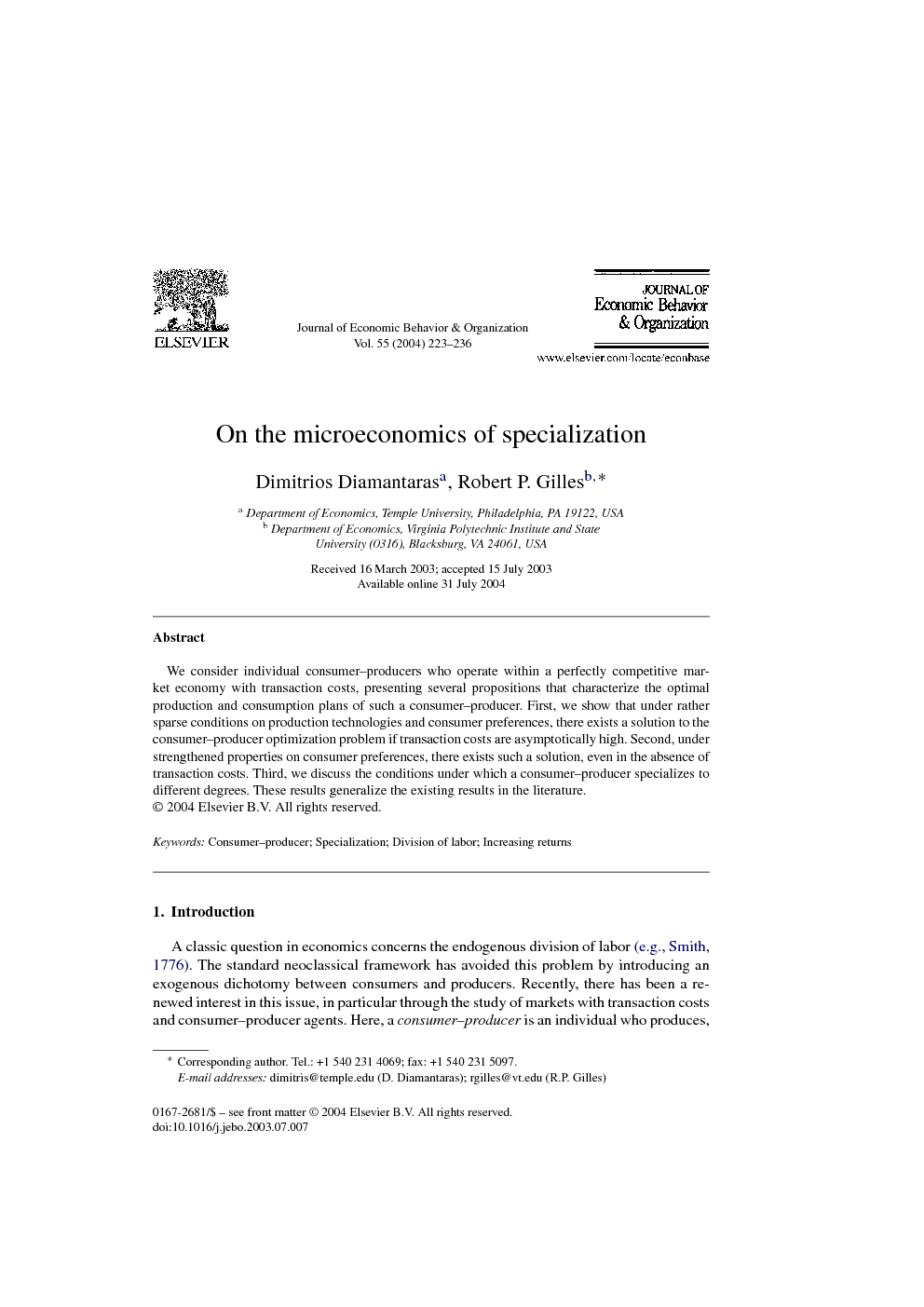 The specialization issues studied in this paper bear directly on the analysis of the endogenous division of labor in a competitive market economy, whether in the presence of transaction costs or not. We established two characterizations of optimal configurations under relatively mild regularity conditions, namely Example 1 and Example 2. These results have wide-ranging applicability. Some of these applications have already been investigated in the literature. Yang (2001) discusses a number of them, including models on the endogenous determination of transaction intermediaries (middlemen), money, growth (with special emphasis to learning-by-doing), the theory of the firm, and other applications. It is worthwhile to explore the general properties of general equilibrium consumer–producer models. Our own work on transaction cost economies Gilles and Diamantaras, 2003 and Gilles et al., 2004 encompasses such a model in a more abstract sense, and it suggests considerable room for fruitful investigations of the properties of such models. Romer (1994) emphasizes the importance of the emergence of new commodities in the process of economic development. Historically, specialization in trade and production was the crucial factor in the development of new products. This suggests that the Smith–Young specialization hypothesis has bearing on the study of economic development. As individuals specialize, they may learn how to create new products. The role of learning-by-doing in the creation of new products thus receives a microeconomic foundation. (For an example of such an approach we refer to Yang and Borland, 1991.) Our results also provide a foundation for the study of a new economic domain for social choice theory, namely a domain of economies populated by consumer–producers. The development of a complete theory of the endogenous emergence of a social division of labor is an important avenue of future research. We expect that such a theory can be based on the two fundamental specialization properties that have been stated and shown here and that it will significantly enhance the applicability of general equilibrium theory.