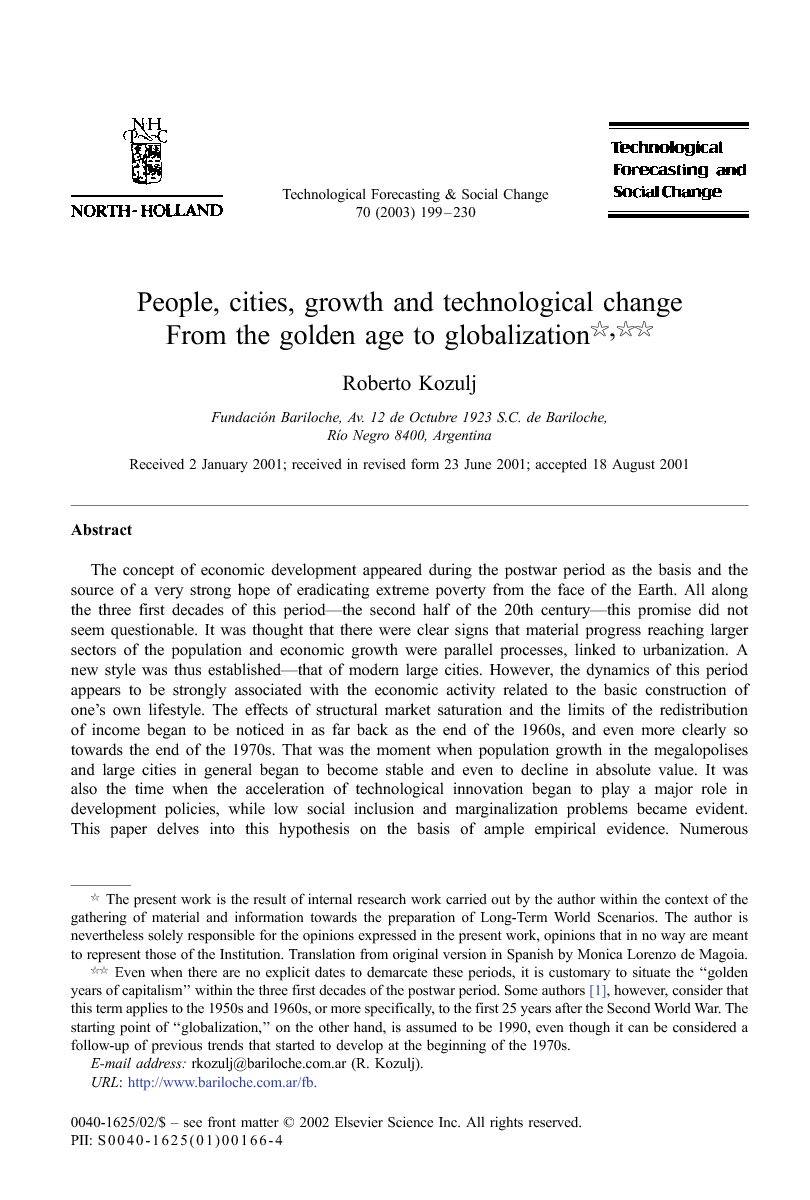 The concept of economic development appeared during the postwar period as the basis and the source of a very strong hope of eradicating extreme poverty from the face of the Earth. All along the three first decades of this period—the second half of the 20th century—this promise did not seem questionable. It was thought that there were clear signs that material progress reaching larger sectors of the population and economic growth were parallel processes, linked to urbanization. A new style was thus established—that of modern large cities. However, the dynamics of this period appears to be strongly associated with the economic activity related to the basic construction of one's own lifestyle. The effects of structural market saturation and the limits of the redistribution of income began to be noticed in as far back as the end of the 1960s, and even more clearly so towards the end of the 1970s. That was the moment when population growth in the megalopolises and large cities in general began to become stable and even to decline in absolute value. It was also the time when the acceleration of technological innovation began to play a major role in development policies, while low social inclusion and marginalization problems became evident. This paper delves into this hypothesis on the basis of ample empirical evidence. Numerous conclusions are drawn from the analysis, which are useful for a serious restatement of the controversial issue of Sustainable Development.