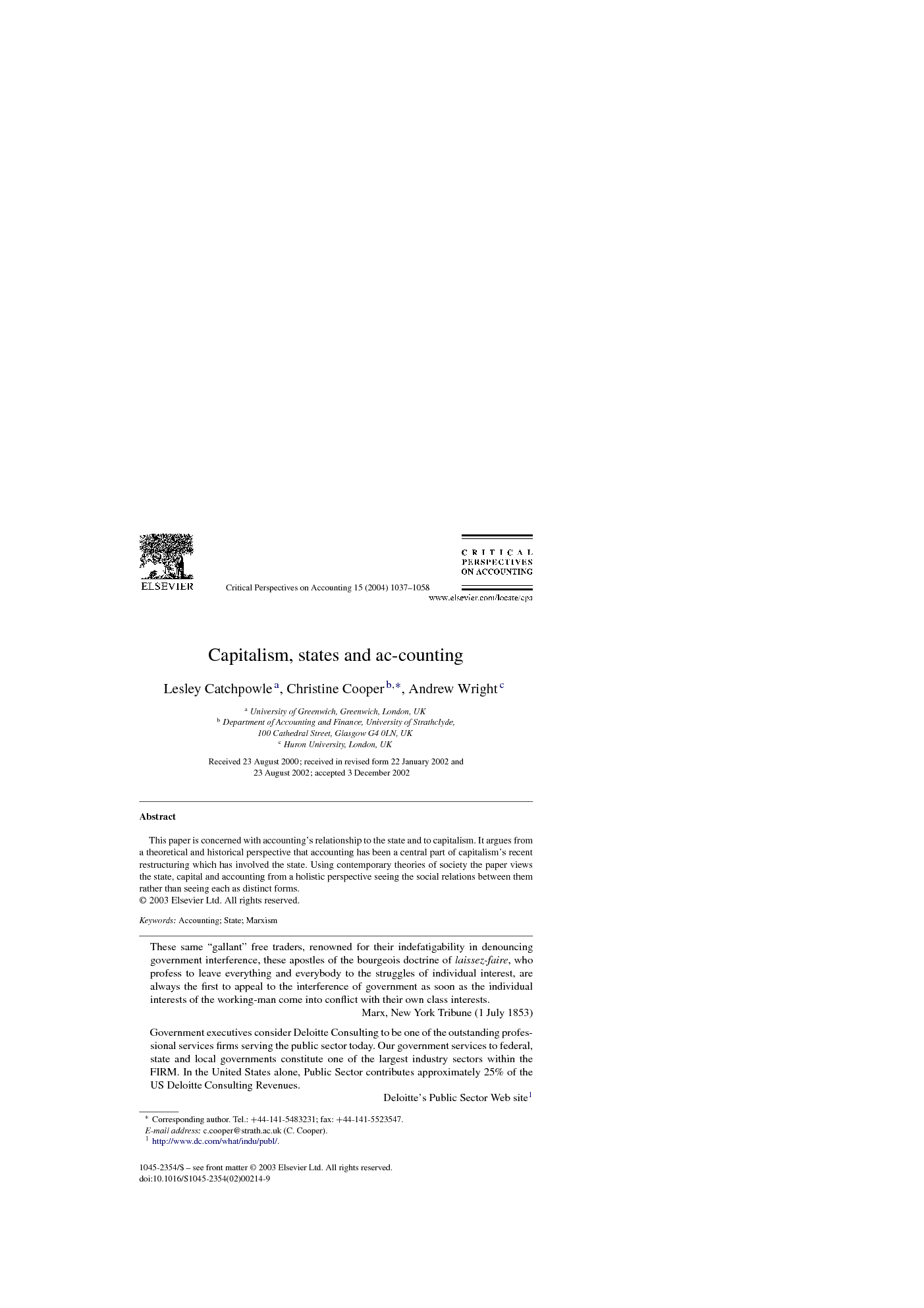 This paper is concerned with accounting’s relationship to the state and to capitalism. It argues from a theoretical and historical perspective that accounting has been a central part of capitalism’s recent restructuring which has involved the state. Using contemporary theories of society the paper views the state, capital and accounting from a holistic perspective seeing the social relations between them rather than seeing each as distinct forms.