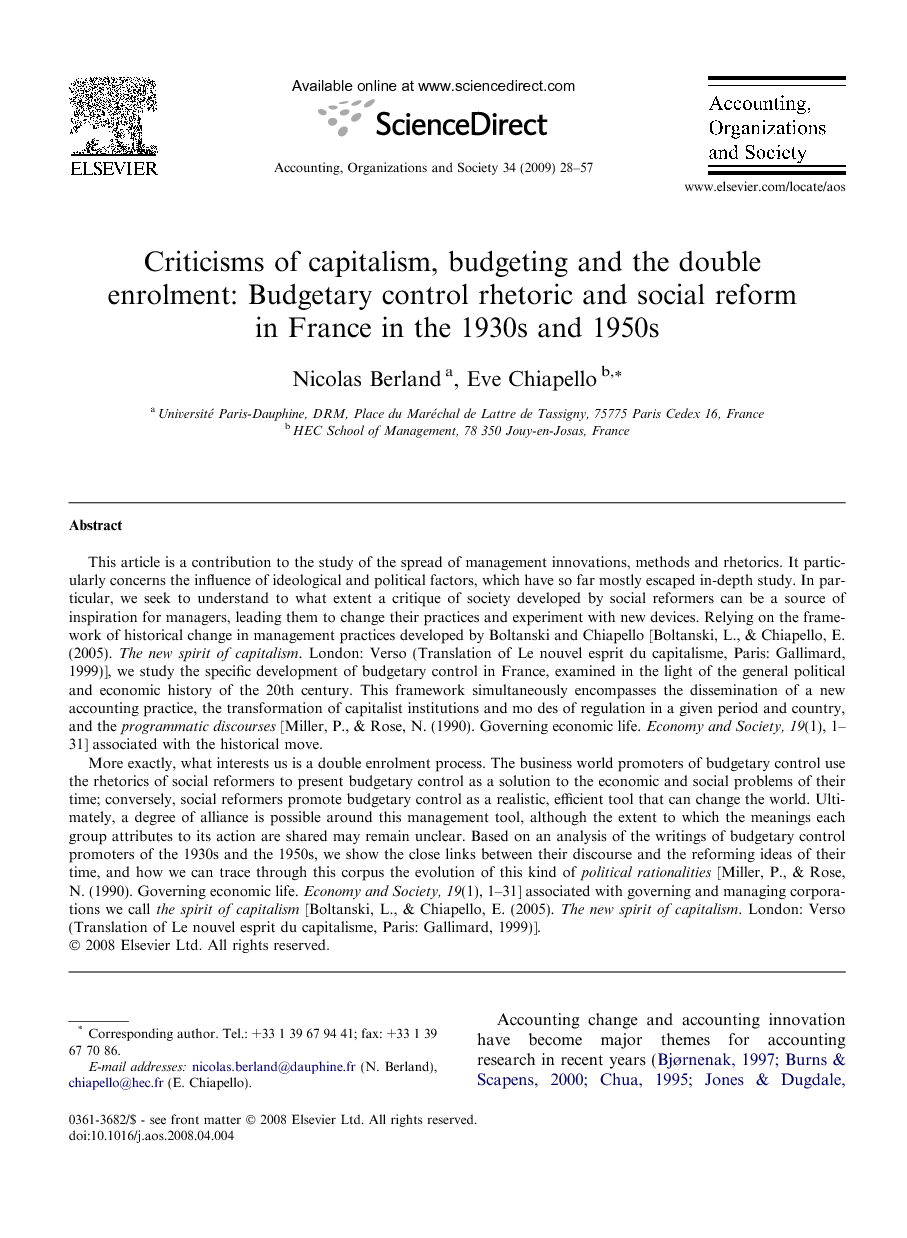 This article is a contribution to the study of the spread of management innovations, methods and rhetorics. It particularly concerns the influence of ideological and political factors, which have so far mostly escaped in-depth study. In particular, we seek to understand to what extent a critique of society developed by social reformers can be a source of inspiration for managers, leading them to change their practices and experiment with new devices. Relying on the framework of historical change in management practices developed by Boltanski and Chiapello [Boltanski, L., & Chiapello, E. (2005). The new spirit of capitalism. London: Verso (Translation of Le nouvel esprit du capitalisme, Paris: Gallimard, 1999)], we study the specific development of budgetary control in France, examined in the light of the general political and economic history of the 20th century. This framework simultaneously encompasses the dissemination of a new accounting practice, the transformation of capitalist institutions and mo des of regulation in a given period and country, and the programmatic discourses [Miller, P., & Rose, N. (1990). Governing economic life. Economy and Society, 19(1), 1–31] associated with the historical move.